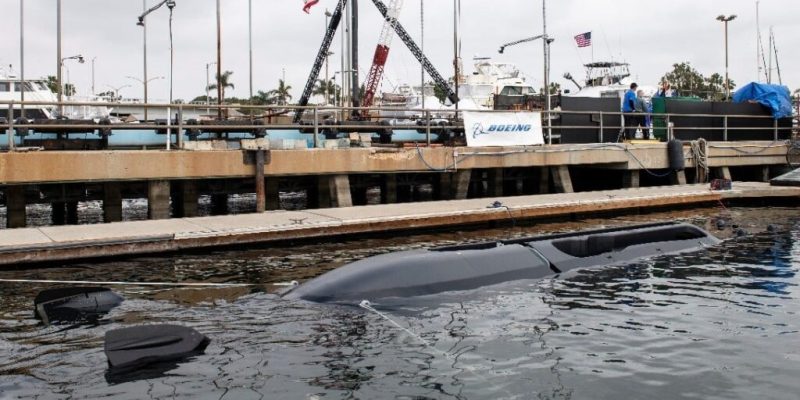 Capt. Scot Searles, program manager for Unmanned Maritime Systems (PMS 406), representatives from the office of the Deputy Assistant Secretary of the Navy for Ship Programs and the Undersea Warfare Division of the Chief of Naval Operations, and Boeing executives marked the occasion. The test asset system is critical in the performance and production of the five operationally relevant prototype Orca XLUUVs.

The Orca is an autonomous underwater vehicle (AUV) that is under development by Boeing and Huntington Ingalls Industries (HII) for the United States Navy.

The Orca project dates back to September 2017, when the Navy awarded contracts worth about $40 million each to Boeing, which had previously partnered with HII to build unmanned submarines, and Lockheed Martin to develop competing designs for an extra-large unmanned underwater vehicle (XLUUV) capable of operating autonomously on missions lasting up to several months. In February 2019, the Navy awarded the Boeing/HII consortium a $43 million contract to begin construction of four XLUUVs, with a design based on Boeing’s previous Echo Voyager AUV. The following month, the Navy added a fifth vehicle to the order, bringing the total value of the contract to $274.4 million. Orca deliveries should be completed by the end of 2022.

The basic design of the Orca shares a length of 51 feet (16 m) with the Echo Voyager, but the Orca will have a more modular design, primarily to be built with an additional payload module up to 34 feet (10 m) long and a capacity of 8 metric tonnes (8,000 kg) for a total length of 85 feet (26 m). The Navy specified the ability to adapt the Orca platform depending on the mission, with surveillance, underwater, surface and electronic warfare, and minesweeping capabilities.

The vessel is powered by a hybrid diesel/lithium-ion battery system that powers the Orca with batteries underwater and recharges the batteries on the surface with diesel generators. Top speed is 8 knots (15 km/h), but typical service speed is about 3 knots (5.6 km/h). This gives the Orca a range of up to 10,500 km (6,500 miles) and an endurance of several months.

By OTC3 days ago20 views

By OTC4 days ago25 views

By OTC6 days ago35 views