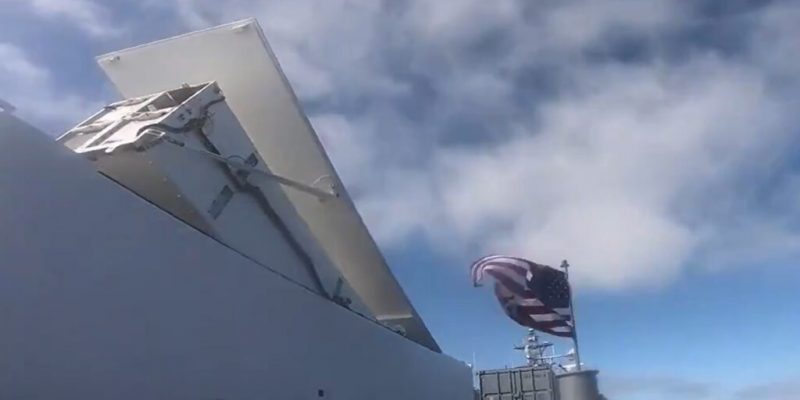 According to a video released by the U.S. Department of Defense, the U.S. Navy deployed four-pack of containerized SM-6 launchers on an unmanned surface vessel “Ranger” for tests.

The vessel used for the launch is called USV Ranger, and it is one of two unmanned ships that support the US Navy’s Ghost Fleet experimentation program, which is run in collaboration with the Strategic Capabilities Office.

It comes as something of a surprise, given that plans to conduct such launches had not been made public prior to the launch, even though it is the latest in a series of milestones that the program has achieved so far.

The SM-6 is capable of engaging air threats such as aircraft, helicopters, and cruise missiles, as well as intercepting ballistic missiles during their terminal phase of flight, according to the Pentagon. Additional to this, the SM-6 is equipped with a secondary strike capability, which allows it to hit fixed targets on land and moving targets at sea (such as ships) with pinpoint accuracy over long distances. Its high-velocity, quasi-ballistic missile mode of attack makes it difficult to defend against and defeat. As a potential key component of future hypersonic weapons defense architecture, this type of weapon is also being researched and developed.

Check out Naval Library App to find out the specifications of the USV Ranger.