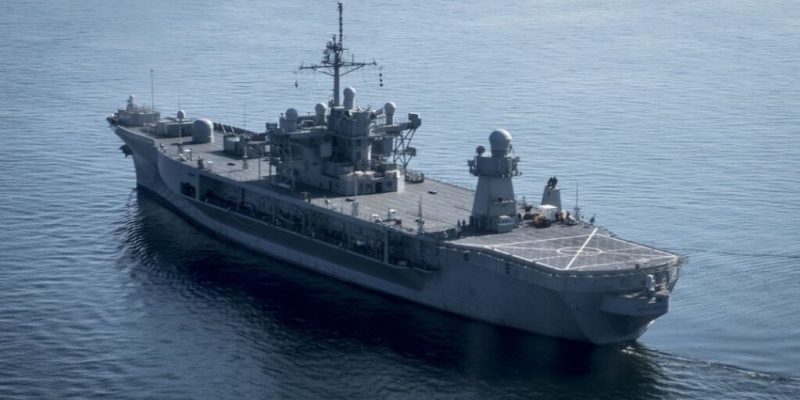 Porter will operate alongside NATO allies and partners in the Mediterranean and Black Seas, working together to ensure security and stability in the region while integrating with allied and partner surface and air forces. Maritime exercises and operations like this demonstrate the United States’ commitment to the Alliance and to the collective defense of Europe.

“The crew of USS Porter looks forward to entering the Black Sea to maintain safety and stability throughout the region,” said Cmdr. Christopher Petro, commanding officer of Porter. “Our ability to work alongside our NATO allies and partners enhances our collective readiness and overall maritime security.”

The U.S. Navy routinely operates in the Black Sea to work with our NATO allies and partners, including Bulgaria, Georgia, Romania, Turkey, and Ukraine. The teamwork reinforces the U.S. and NATO’s commitment to maintaining freedom of navigation in international waters for all nations in the Black Sea.

Porter will participate in several multilateral exercises while in the Black Sea to refine ship-handling and maneuvering and practice air defense procedures.

“The power of alliances at sea is the ability to quickly bring together forces from many nations and aggregate naval power at the time and place of our choosing.” said Capt. Kyle Gantt, Commander, Task Force 65. “These operations in the Black Sea demonstrate the commitment to interoperability among NATO allies and partners.”

Type 003 to be the most powerful aircraft carrier of China