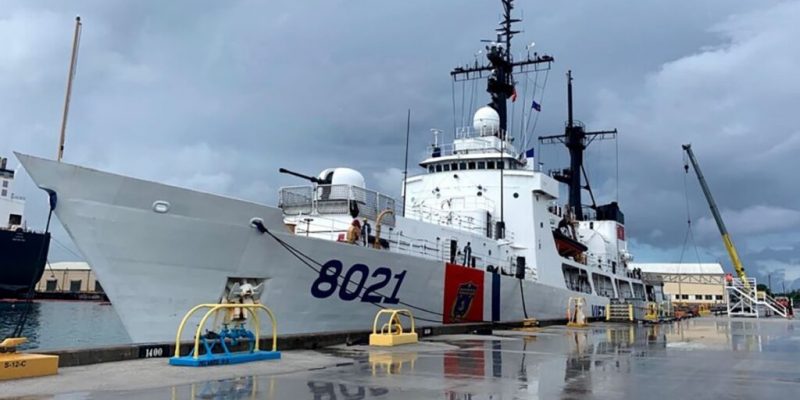 According to the local media, a former U.S. vessel donated to the Vietnam Coast Guard arrived in the country earlier this month.

The CSB 8021, formerly known as the USCGC John Midgett, and its crew arrived safely in a Vietnamese port on Friday, according to a Facebook post by the Embassy, though the post did not specify when.”The U.S. government donated this ship to exemplify the strong maritime security cooperation between the two countries and to help ensure a rules-based order in the East Sea,” the post read.

The CSB 8021 is a high endurance cutter weighing over 3,000 tons and spans around 115 meters. It is equipped with numerous weapons and sensors, though most of the radar and weapon systems on it have been removed prior to the transfer to Vietnam, save for a 76-millimetre naval gun.

It is the United States’ second high endurance cutter sent to the new motherport, following the USCGC Morgenthau in 2017. On June 1, the ship set sail for Vietnam.

Check out Naval Library App to find out the specifications of Naval vessels, weapons, missiles and sensors.