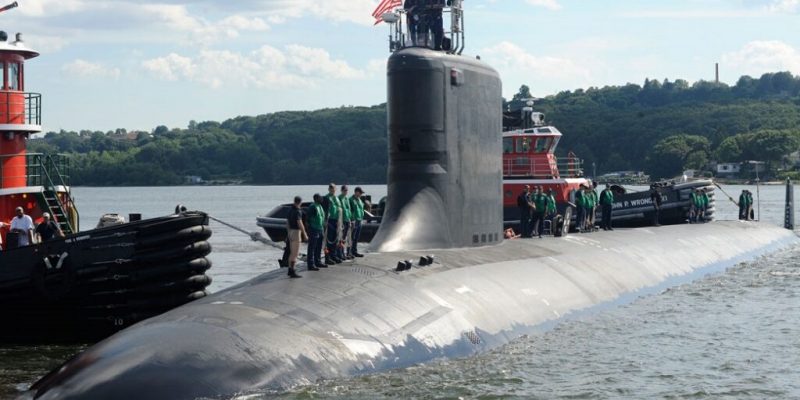 The symbol of the US dominance on the seas is its big surface fleet gathering around the aircraft carriers. Yet, since a conflict may occur with China and Russia, the submarines have been crucial players on the chessboard on the high seas. Now, the US Navy is preparing for the following years’ confrontation undersea with its new Virginia-class submarines.

The history and background

The Virginia class is designed to replace the older Los Angeles class, the backbone of the US attack submarine fleet since the 1970s. It is effective in both oceans and littorals. The submarine can be used for anti-submarine warfare, anti-surface warfare, land attack, intelligence gathering, and special operation missions.

When the Soviet Navy had changed the balance in the area of the submarines with highly capable Alfa, Akula, and Sierra-classes, the US Navy started working on Seawolf-class in 1983 as the successor of the Los Angeles-class. The USA planned to build at least 29 Seawolf-classes over ten years, but the number was reduced to 12 because of their high prices. The end of the Cold War caused the further reduction, and only three boats were ever built.

In 1991, the US Navy started developing new submarines under the Centurion Study Programme. As the fruit of this program, the Virginia class is a less expensive alternative to the Seawolf-class. Moreover, the submarine was the first US Navy warship designed with the help of computer-aided design and visualization technology.

As the first of its class, USS Virginia was laid down on 2 September 1999, launched on16 August 2003, and commissioned on 23 October 2004. The first four boats, defined as Block I, were built in 10 modules with each submarine. Six Block II Virginia-class submarines were made in four sections rather than ten sections to reduce costs. Different from their predecessors, the Block III submarines have two multipurpose Virginia Payload Tubes. These tubes replaced the dozen single-purpose cruise missile launch tubes of Block I and IIs.

In 2014, the US Navy ordered 10 Block IV Virginia-class boats. Thanks to the experience from the first three Blocks, the new submarines can be deployed longer between significant maintenance periods.

The latest version of the Virginia-class is the Block V. The first boat of this version, USS Oklahoma, was authorized for construction on 2 December 2019. The Block V submarines will have an additional Virginia Payload Module mid-body section so that they will be 25 meters longer and 2400 tons heavier than their predecessors. In addition, they will be able to carry 40 Tomahawk cruise missiles instead of 12.

The US Navy plans to have 10 Block V Virginia-class to replace four Ohio-class nuclear cruise missile submarines, which will be decommissioned in the next ten years.

The Virginia-class submarines have 114.8 meters in length, 10.4 meters beam, 6,390 tons surfaced, and 7,800 tons submerged displacement. The crew consists of 14 officers and 120 enlisted men. The submarine can reach 25-knot speed on the surface and 34-knot speed underwater. It can launch Mk 48 torpedoes and Sub-Harpoon missiles from its four 533 mm torpedo tubes.

Each submarine is projected to make 14-15 deployments during its 33-year service life. The Virginia class can dive 490 meters in depth.

Innovative technologies on the Virginia-class

The pump-jet propulsors of the Virginia class assure the submarine’s performance in both oceans and the littorals. They also make the boats more silent. The conventional blade propulsors produce steam bubbles because of frictional heat when they rotate at high speed. When these bubbles pop, they make noise. It is called cavitation.

The pump-jet reduces the risks of cavitation significantly. In addition, to minimize noise trace, the pressured hull and the submarine’s sail are coated with unique materials.

The hardware upgrades are generally carried out every four years, while software updates are carried out every two years for the submarines by the US Navy. So, the designer of the Virginia-class preferred Open System Architecture for Sonar arrays aboard the boat.

Thus, new hardware and software can be inserted rapidly and efficiently as they become available.

One of the other planned innovative upgrades for the Virginia class is the high-energy laser weapon installation. Some surface ships of the US Navy are already equipped with this kind of weapon for test purposes.

If the Virginia-class submarine would have laser weapons, it could change the future of anti-submarine warfare. The modern submarines are skilful opponents of the surface combatants. However, they are hard to detect and deadly with sophisticated sensors and long-range torpedoes and missiles.

So, today the primary submarine hunters are not destroyers and frigates but their helicopters. Because the current submarines do not have any effective weapon against air targets, but a submarine with a laser weapon on its mast could shoot down a helicopter while still submerged. At least it would force the air target to cut its dipping sonar and flee.

A high-energy laser weapon needs a powerful energy source. The 30-Megawatt S9G nuclear reactor of the Virginia-class boat can provide this energy.

With its technological achievements, the Virginia-class will affect future submarine design. It is estimated that the last submarine of the class would be decommissioned in the 2070s.  So, these boats will be the leading US actors underwater for the next 50 years.

Check out Naval Library App to find out more about the specifications of the Virginia-class submarines.

How to Choose Pillar Page Topics