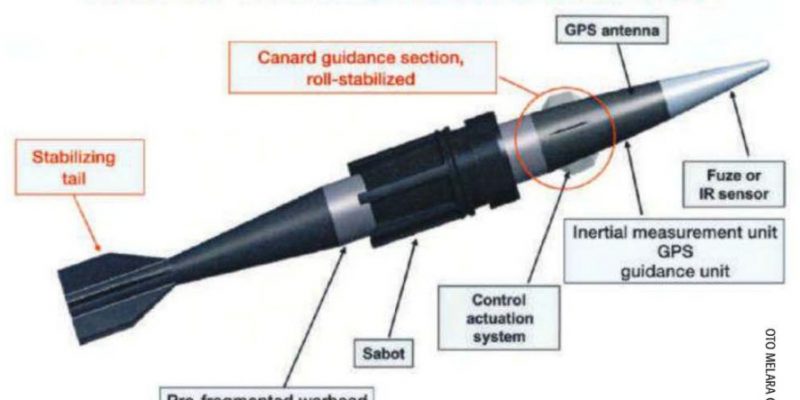 Will the Vulcano break the supremacy of the guided missiles?

The engagement types, methods, and tactics have been evolving in accordance with developing technology. Large gun systems, which dominated the naval warfare scene for decades, began to be replaced by different types of guided missiles. Because now, enemies can be detected from greater distances, position and movement information can be transferred beyond the horizon, and targets that are too far to be seen with the eye can be engaged with high accuracy.

This situation pushed the cannon systems into the background of naval warfare. With some exceptions, gun systems began to be seen as more defensive than offensive because the gun systems range was much lower than the guided missiles. However, the smart ammunition solution produced by Leonardo and BAE Systems company with the Vulcano model began to change this situation.

Offering significantly greater range and precision, the new munition is compatible with the most land and naval platforms, including 155mm and 5-inch (127mm) gun systems to defeat land and sea threats. The Vulcano family capitalizes on new and emerging technology based on a fin-stabilized airframe with canard control for extended range and terminal guidance, with mechanical interfaces like standard ammunition.

Following the remarkable results achieved in the development of the Vulcano Program, the Italian Navy General Staff and Oto Melara are jointly investigating the feasibility of integrating GPS and IR guidance technology onboard. Vulcano allows “launch and forget” operations, responding to split fire distribution requirements: a further target can be engaged with no need to wait for lethality assessment on the previous target.

As a guided projectile, the fin-stabilized munition offers autonomous GPS/INS guidance, practically doubling the range of current gun systems. When engaging fixed land-based targets or surface targets at sea, the new projectile enables even small vessels to engage targets with high precision at a high rate of fire. The new capability will allow small littoral combat ships, frigates, or gunboats to dominate a vast coastal area from a stand-off distance, out of the range of new medium-range anti-ship coastal defense missiles, rockets or artillery.

Vulcano uses common guided or unguided projectiles, fitted with a new multi-modal RF microwave fuse offering altimetric (airburst), proximity (against aerial, naval, and surface targets), or delayed impact (penetrating) and self-destruct modes. Employing the optimal fusing method enables the five-kilogram pre-fragmented warhead made of a tungsten-steel compound to provide twice the lethality of existing rounds at 80% of the weight.

“VULCANO” is a family of unguided (BER) and guided (GLR) ammunition for the 76mm, 127mm naval guns, and 155mm land artillery systems.

VULCANO 127mm ammunition is conceived to give the 127/54 C and the 127/64 LW Naval Guns the capability to meet any present and future Precision Naval Fire requirement Support and Long Range engagement of Surface Targets.

Firing VULCANO 127mm ammunition does not affect the barrel life.

Configurations of the Munition

Any equipment to operate Vulcano ammunition is integrated into gun
control cabinet including:

7 Emerging Technologies in SEO and Their Applications

By OTC5 days ago80 views