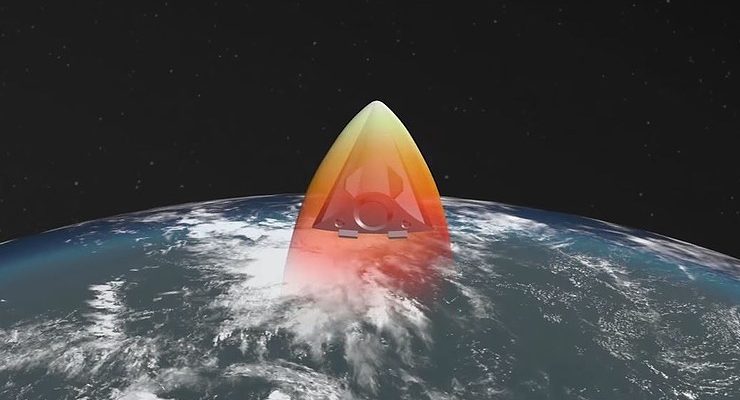 Of course, it can be intercepted. Avangard isn’t an entirely new missile but a hypersonic glide vehicle part of the Multiple Independent Reentry Vehicle (MIRV) carried by Russian Intercontinental ballistic missiles (ICBM).

So it doesn’t even come into the picture during mid-phase where the ICBM can be intercepted by an exo-kinetic interceptor like SM-3 – in 2007 the Block IA already intercepted a malfunctioning satellite traveling at Mach 23 in a degrading orbit. Today’s SM-3 Block IIA has 55% bigger diameter, almost quadrupling the range over Block IA.

A Hypersonic glide vehicle like Avangard while complicates interception isn’t anywhere close to being “immune” to Ballistic Missile Defences. Contrary to the popular notion its maneuverability would play a rather small role in penetrating BMDs. The notion of ‘even small course-changes at Mach 20 will result in a significant change in flight path’ ignores the fact that those same changes will also put the hypersonic missile hundreds of km off the target – this is why a hypersonic glide vehicle will follow a depressed trajectory for most of its flight time and not dance like a ping pong ball.

Interceptors are more maneuverable than HGVs

People also ignore basic physics – in general, an interceptor will always be more maneuverable than an HGV or ballistic missile. They enjoy smaller sizes and most importantly, react to the flight profile of a warhead in real-time. A lot of people don’t realize that interceptors like SM-3, THAAD, etc. don’t just hit a ballistic missile – they hit on a specific part of the ballistic missile.

The real advantage of an HGV is that an endo-atmospheric flight path makes them immune from an exo-kinetic interceptor like SM-3 – which not only provides the highest engagement window, able to intercept from mid-phase to all the way to terminal, before re-entry. This is also when a ballistic missile is most vulnerable to interception – that’s before the deployment of MIRVs and all the countermeasures.

A HGV restricts BMD to endo-atmospheric interceptors like THAAD which are relatively short-range and thus, have smaller engagement window. A depressed endo-atmospheric trajectory does present challenges but those challenges are exaggerated because endo-atmospheric interceptors are for Terminal defence, so a HGV with a 1000 – 2,000 km range isn’t going to bother THAAD/SM-6 until it’s near the target area and at that point, the HGV’s flight profile will become similar to that of a conventional Reentry Vehicle (RV) – diving on to the target. Yes, it may perform a pull-up and pull-down maneouver over the target area – but that’s something Maneuverable Reentry Vehicle (MaRV) could do from the 1980s with Pershing-II. The US tested Advanced Manoeuvrable RV in 1979 that became operational with Minuteman-III.

This is why HGV’s real strategy to penetrate Missile Defences is to restrict them to endo-atmospheric Terminal defences. Although all existing HGVs are part of MIRV deployed by conventional ballistic missiles (ICBM or SRBM) and therefore, are vulnerable to exo-kinetic interception at mid-phase or even near boost phase before deployment of MIRV. Russian Avangard is no different.

While they definitely complicate terminal interception, it’s wishful thinking to call them invincible.

Saab is one step ahead in the hypersonic missiles defense race

By OTC4 days ago11 views