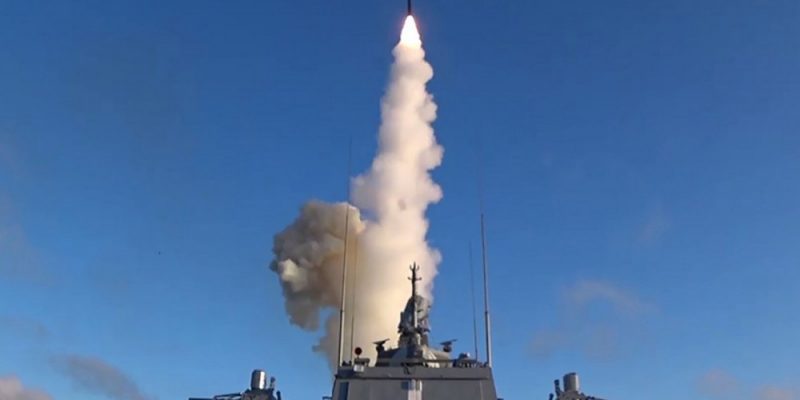 Saab announced that it upgraded its Sea Giraffe naval radar by introducing a Hypersonic Detection Mode (HDM) to detect and track targets traveling at hypersonic speeds. Saab is not the only one to have the capacity the detecting hypersonic missiles. Raytheon Missile & Defense has also declared Lower tier Air and Missile Defense Sensor, commonly called LTAMDS, is a radar designed to defeat advanced hypersonic missiles flying faster than a mile per second. LTAMDS is designed for the U:S Army’s Integrated Air and Missile Defense system. In contrast, Saab Sea Giraffe 4A Fixed Face is a fixed array configuration that belongs to Saab’s multi-functional family of S-band AESA radar system designed for naval platforms.

Why is Saab’s progress so significant?

Hypersonic missiles travel at least Mach 5, or five times faster than the speed of sound. In round numbers, this equates to a rate of about a mile a second. For comparison, even the quickest modern fighters generally top out around Mach 2, with only specialized aircraft capable of reaching Mach 3.

They are maneuverable, fast, and hard to detect. It is the combination of the characteristics that make these systems challenging to defend against themselves. The subsonic cruise missiles offer good maneuverability but relatively low speeds, and ballistic missiles offer hypersonic speed but little or no maneuverability.

A hypersonic attack could occur with very little warning time; this factor and the unpredictability of a hypersonic attack targets compress the timeline for response by the party being attacked. These threats encourage the threatened nations to take such actions as devolution of command and control of strategic forces, wider dispersion of such forces, a launch-on-warning posture, or a preemption policy during a crisis.

Most of the current radars are optimized for conventional threats, such as fighters, subsonic/supersonic missiles. These radars evaluate the radar plots and determine if these plots are meet the target criteria. With its high speed and flight pattern, the hypersonic missiles will probably not meet current radars’ track initiation criteria. Some analysts have argued that the countries’ current command and control architecture would be incapable of “processing data quickly enough to respond an incoming hypersonic threat.

Since Nations doesn’t have a sufficient defensive capability against hypersonic weapons yet, Saab’s crucial improvement to developed the Hypersonic Detection Mode radar capability.

According to Saab’s formal announcement, Sea Giraffe 4A Fixed Face radar based on next-generation track while scan technology, the Hypersonic Detection Mode enables track start within a fraction of a second. Its quick track formation time and high update rate means it will be able to track any number of targets, including stealthy ones, in all types of conditions.

It is claimed that the Sea Giraffe radars offer a range of functionality that is unique. The Hypersonic Detection Mode we have, for example, the ELSS drone detection capability and the Rocket Artillery and Mortar (RAM) detection capability, which can all be used simultaneously. The Hypersonic Detection Mode provides enough time to in force countermeasures.

The hypersonic race is on, and several hypersonic missile programs are currently ongoing. This means that military objects previously considered safe can now be at risk. Russia is developing Tsirkon, a ship-launched hypersonic cruise missile capable of traveling at speeds between Mach 6 and Mach 8. Tsirkon is reportedly capable of striking both ground and naval targets.

According to Russian news sources, Tsirkon has a range of between approximately 250 and 600 miles and can be fired from the cruisers’ vertical launch systems. Admiral Nakhimov and Pyotr Veliky, Project 20380 corvettes, Project 22350 frigates, and Project 885 Yasen-class submarines, among other platforms.

With the outfitted with hypersonic missiles, the Russian Navy has reached a high strike power to change Baltic Seapower balance. Therefore Sweeden tries to find a way and develop radar technology against Russian hypersonic missiles.

NATO and Sweed relation is getting strong due to common threat perception over Russia. Saab’s working on the next generation track while scanning radar technology will benefit other NATO member countries.

France announces the launch of the 3rd generation SSBN