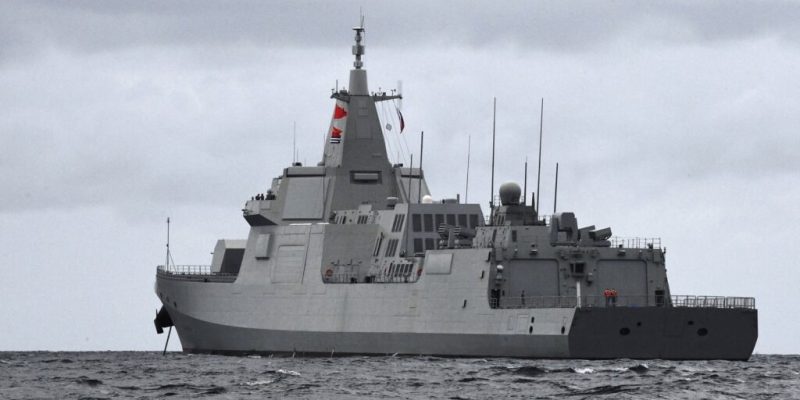 Joint Sea-2021, a joint naval exercise between China and Russia, has begun with a ceremony on October 14 in waters near Russia’s Peter the Great Bay.

The Russian Navy is represented by warships and support vessels of the Pacific Fleet: the large anti-submarine ship Admiral Panteleev, the corvettes of the project 20380 Hero of the Russian Federation Aldar Tsydenzhapov and Gromkiy, two base minesweepers, a submarine Ust- Bolsheretsk, as well as a missile boat and a rescue tug.

There are fixed-wing anti-submarine warfare aircraft and ship-borne helicopters from both sides.

During the first stage of the exercise, the base minesweepers of the Pacific Fleet guided ships of the two countries behind the trawls and ensured the deployment of forces in the waters of the Sea of Japan. During the passage by sea, the sailors of Russia and China conducted a training session on organizing communications and joint tactical maneuvering.

The Chinese and Russian navies will practice communications, mine countermeasures, air defense, live-firing against maritime targets, joint maneuvering and joint anti-submarine drills during the exercise, according to the PLA Navy.

The Joint Sea-2021 drill comes at a time when the US, India, Australia and Japan are holding Malabar naval drill in the Bay of Bengal, and also shortly after six countries including the US, the UK and Japan held drills in the South China Sea and surrounding areas.

The first Russian-Chinese joint naval drills took place in the Yellow Sea in August 2005. At that time they were part of the Peace Mission 2005 large-scale military exercises, organized under the auspices of the Shanghai Cooperation Organization (SCO). Since 2012, the Joint Sea annual naval exercises have been held beyond the SCO, aimed at strengthening the combat capability of Russia and China to jointly counter threats at sea.

In 2020, the Joint Sea exercise was not held due to restrictive measures in force in connection with the pandemic of a new coronavirus infection.

Check out Naval Library App to find out more about the specifications of the Russian and Chinese Assets.