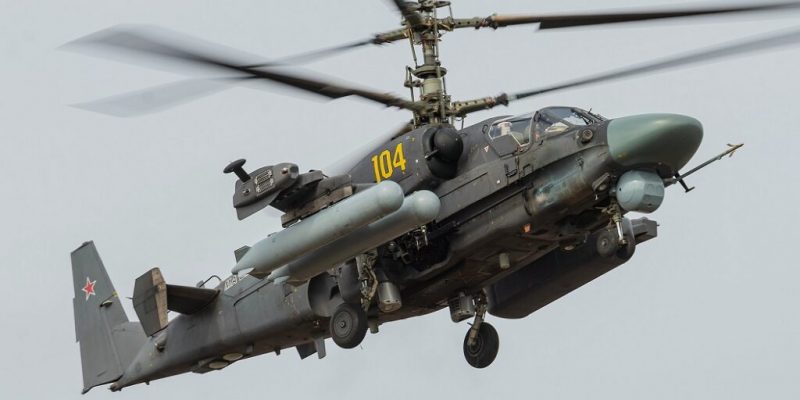 The Chinese side will import 36 Ka-52K Katran or Ka-52M heavy-armed helicopters from Russia for $20 million each, which will directly equip the Chinese Navy’s amphibious ships, according to Hong Kong Phoenix TV.

This news comes on the heels of a rare double visit by China’s CCTV and Phoenix TV to the Ka-52 helicopter manufacturer last week, which was credited with the signing of a large order for Ka-52 helicopters to equip China’s Type 075 aviation amphibious assault ships (LHD). According to reports, the Type 075 LHD can accommodate up to 30 helicopter gunships and allows for the simultaneous takeoff of six of them.

The Ka-52K Katran attack helicopter is a ship-based variant of the Ka-52 gunship. In comparison to the Ka-52, the Ka-52K features foldable main rotor blades and short wings. Additionally, the helicopter’s landing gear is reinforced, and it is capable of firing anti-ship missiles as well as a variety of other missiles and unguided air-launched weapons.

On the other hand, the Ka-52M is the Ka-52’s most recent upgrade. The Ka-52M helicopter now features more powerful heating elements on the main rotor blades, enabling it to operate in a range of temperature environments, including the Arctic. The Ka-52M features larger load-bearing and wear-resistant wheels, as well as enhanced protection against improvised explosive devices (IEDs). Additionally, the Ka-52M helicopter’s cockpit has been upgraded to meet modern ergonomic requirements.

Check out Naval Library App to find out the specifications of Russian naval aviation assets.