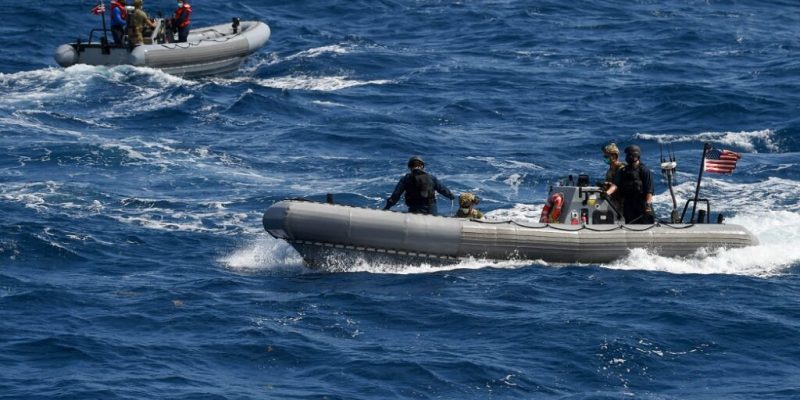 The event is a bi-annual, medium-scale, training exercise that enhances mutual awareness, interoperability, and readiness of participating Allied navies. This year’s Cutlass Fury 21 continued to build on previous training principles that focused on anti-submarine warfare, with the added emphasis on the multi-threat environment, air-maritime integration and support, and anti-air defence.

“The U.S. and NATO procedures are similar, but we’re still learning,” said Lt. j.g. Gianmatteo Francavilla, an assistant navigator and Italian Navy personnel-exchange-program officer aboard the USS Forrest Sherman (DDG 98). “Cooperating together during Cutlass Fury was a good learning experience for the future.”

NATO Allies, made up of Canadian, French and American navies, successfully performed gunnery, manoeuvring, boarding, replenishment and anti-submarine exercises despite the challenges presented by Hurricane Larry while operating at sea. These exercises facilitated training and developed interoperability within the coalition.

“We have the U.S. Navy way that we do things, but there’s also Allied Tactical Publications (ATP) that we use when we are operating with other countries,” said Lacross. “We’re all mariners and we speak that same language, but we have different ways of doing certain things, so, just getting together and seeing what the differences are and working through those is an important part of Cutlass Fury.”

“This is really a phenomenal training opportunity for everyone aboard the Forrest Sherman,” said Lacross. “As we continue down our path towards certification and deployment, training with international partners is a plus.”
One of the goals for the Forrest Sherman while participating in Cutlass Fury is to improve operational capabilities using NATO procedures.

“Improving our cooperation with other NATO countries is one of our goals,” said Francavilla. “Sometimes you can learn from the different ways other countries execute procedures.”

Hudner also participated in Exercise Noble Defender from Sept. 11-12. Noble Defender is a NORAD and U.S. Northern Command exercise series that demonstrates the ability to conduct agile combat employment principles across the North American area of operation while strategically messaging U.S. and Canadian bi-national defense of the homelands.

Check out Naval Library App to find out the specifications of the Arleigh Burke-class destroyer.