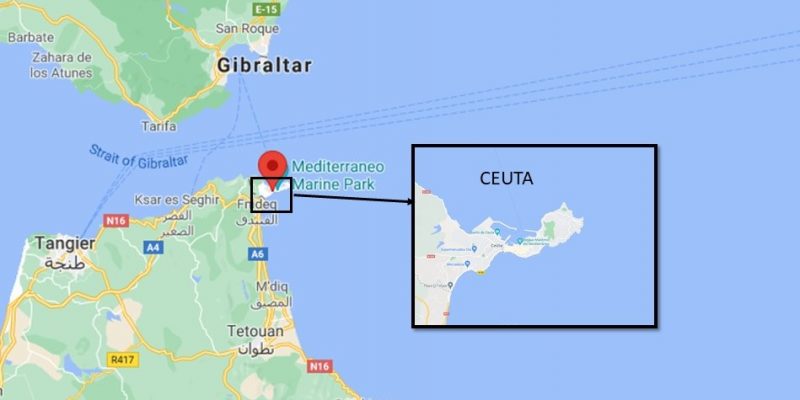 The Russian Navy’s Udaloy Class destroyer “Vice-Admiral Kulakov” and the rescue tug “Altai”, which the Spanish authorities did not give permission to enter the port of Ceuta (a Spanish enclave in northern Africa), anchored 46 km off the coast of Algeria, Russian Interfax news agency reported.

The Spanish Foreign Ministry refused to allow two Russian vessels to enter the port of Ceuta, the Spanish newspaper El Pais reported yesterday. According to the newspaper, “Vice-Admiral Kulakov” and the rescue tug “Altai” were not allowed to enter the Spanish port because the Spanish Ministry of Foreign Affairs had not received the necessary information from the military about the Russian ships’ next destination after leaving Ceuta.

Visits by Russian naval ships to Ceuta were common practice between 2010 and 2016. During this period, about 60 port calls were made by Russian warships of all types. Since October 2016, this practice has been temporarily suspended due to objections from the UK, which criticized Spain for providing logistical support to ships that took part in Russian operations in Syria.

“Vice-Admiral Kulakov” participated in the Main Naval Parade in St. Petersburg, and afterward, he conducted firing exercises in the Atlantic Ocean as part of the Northern Fleet’s command and staff training. She left the Northern Fleet’s main base in Severomorsk on June 28, 2021, and joined the Russian squadron in the Mediterranean on August 18, 2021.