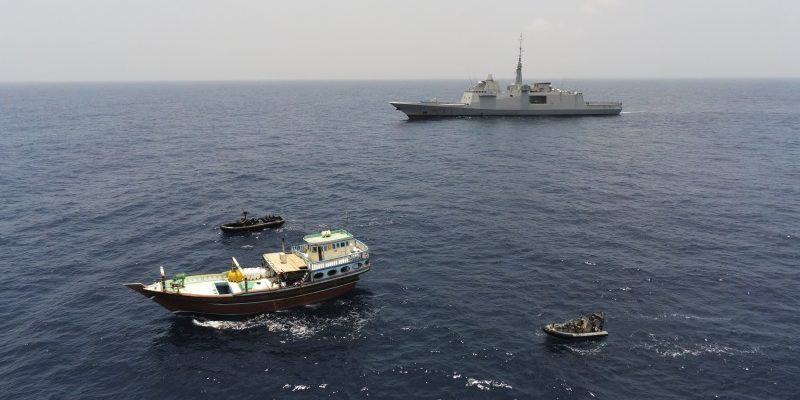 The hashish was recovered from a dhow by the warship, which was operating in support of the Combined Maritime Forces (CMF) on September 27. The medications have a total value of $1.86 million.

CMF’s Combined Task Force (CTF) 150, which is led by New Zealand, was conducting patrols in support of Languedoc when it discovered and recovered the illegal substances. Captain Brendon Clark of the Royal New Zealand Navy’s CTF 150 said, “For the second time in a week, Languedoc has demonstrated expertise and professionalism by seizing a large volume of narcotics that would otherwise have been destined for the market, with the funds from the sale being used to finance terrorism and criminal activity.”

It was discovered on September 20 that more than 1,525 kilos of hash and 166 kilograms of methamphetamine were recovered, with a combined street worth of more than $5.2 million.

The aim of CTF 150 is to disrupt criminal and terrorist organizations, as well as their associated unlawful activities, such as the transfer of personnel, weapons, narcotics, and charcoal, among other things. CTF 150 undertakes maritime security operations outside of the Arabian Gulf to ensure that legal commercial vessels can navigate the region freely and without being threatened by non-state actors, according to the Central Military Forces.

The CMF is global maritime cooperation made up of 34 countries that are divided into three task groups. As a result, it exists to uphold international rules-based order by combating illicit non-state actors on the high seas and promoting security, stability, and prosperity across approximately 3.2 million square miles of international waters that encompass some of the world’s most important shipping lanes.

Check out Naval Library App to find out more about the specifications of the Aquitaine-class frigates.