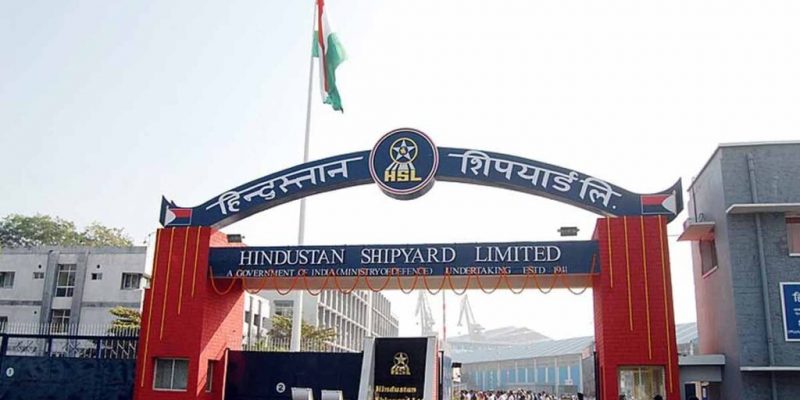 The project, estimated to cost between $1.5 billion and $2 billion, will involve transfer of technology from Turkey’s Anadolu Shipyard, a member of Turkish TAIS group, the Hindustas Times reported.

Visakhapatnam-based Hindustan Shipyard Limited (HSL) is expecting an order from the Indian Navy by the year-end for building five naval support vessels with the transfer of technology from a Turkish Anadolu Shipyard.

HSL signed an agreement for technical collaboration last year. HSL is expected to deliver the first fleet support vessel (FSV) to the Indian Navy within four years of the go-ahead, with the other ships to be delivered at the rate of one every 10 months to 12 months. The vessels will be 230 meters long and have a displacement of 45,000 tonnes.

According to Hindustan Times, the agreement with the Turkish consortium will kick in after HSL gets an order from the Indian Navy. If all goes well, that could happen by October 2021. Unlike the other projects of this type, the Turkish side will transfer technology from the initial stages and all five vessels will be constructed in India. Besides designs, the Turkish consortium will provide engineering services, planning, and preparation of specifications.

Turkey’s largest industrial group TAIS and HSL concluded an agreement for cooperation in the first quarter of last year after the issue had come under a cloud for some time because of Turkish President Recep Tayyip Erdogan’s criticism of the Indian government’s decision to scrap Jammu and Kashmir’s special status in 2019. Questions were also raised in some quarters because of the strong defence ties between Turkey and Pakistan. The Turkish consortium was the lowest bidder for the contract to make the FSVs.

Hindustan Shipyard Limited (HSL) is a shipyard located in Visakhapatnam on the east coast of India.

The shipyard is relatively compact at 46.2 hectares (0.462 km2). It is equipped with the plasma cutting machines, steel processing and welding facilities, material handling equipment, cranes, logistics and storage facilities. It also has testing and measuring facilities.

HSL has a dry dock, wet basin and repair delphin for ship and submarine repair and retrofitting. HSL had built over 192 vessels till now and repaired almost 2000 ships.

TAIS established by the owners of the leading shipyards of Turkey with the objective to offer expert and innovative solutions in naval shipbuilding for demanding customers all over the world.

Located at the core of Turkey’s shipbuilding industry in Tuzla and Yalova, TAIS partners have acquired a leading position by using the best know-how, state of art technologies, and aspire to be among the world leaders in all segments that demand the advanced navy solutions.

Turkish shipyards are a major supplier of warships to the Pakistani Navy and concerns had been raised on how access to the strategic HSL by its engineers and workers could result in serious security issues. HSL is located close to the Ship Building Centre, where India’s nuclear-armed submarines are built, as well as the Eastern Naval headquarters.

Besides four new corvettes, Turkey has designed a fleet support vessel for Pakistan, supports its submarine fleet and has signed a deal to sell 30 T-129 attack helicopters that have been developed in collaboration with Italian company Finmeccanica (since renamed as Leonardo). The MILGEM Corvettes of the Pakistan Navy are under various construction stages.