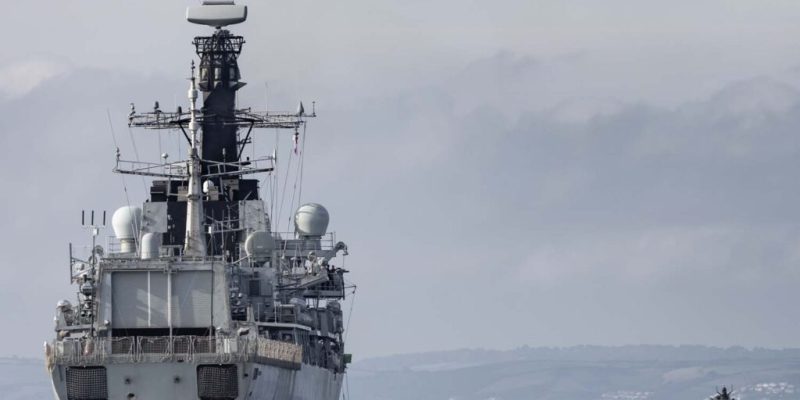 During recent trials in Plymouth, the Royal Navy reached a critical milestone in the use of autonomous boats in future operations.

In a first for the Royal Navy, warship HMS Argyll successfully managed to control an uncrewed Pacific 24 rigid inflatable boat (RIB) while sailing at sea.

The week-long tests, held by the Royal Navy’s innovation experts NavyX and industry partners BAE Systems, saw the Type 23 frigate take command of the RIB while it zipped along the water.

The boat’s onboard cameras and sensors gave constant feeds to Argyll, with a temporary operating centre set up in the ship’s hangar.

But in another first, the RIB’s control system was also integrated into the ship’s Ops Room meaning it could be controlled and commanded from the depths of the frigate.

As well as operating the Pac24 from up to 10 miles away, the ship was able to successfully send instructions to the boat for it to carry out autonomously such as conducting basic missions, identifying targets on the water and cueing its camera and remote weapon station to tracked targets when operated by the trials team.

“What we managed to do with these trials was prove that systems such as those to control autonomous and uncrewed technology can be successfully introduced into our current Fleet.

“Operating with the Pac24 while at sea showed that in the future these vessels have the potential to deploy with current frigates and destroyers and be used for a range of operational tasks.”

He added: “The Royal Navy is committed to putting this sort of technology through its paces and conducting experiments on how we could utilise it on the frontline.

“The past two years have seen crucial developments in uncrewed operations and we’re excited for the future.”

For HMS Argyll, it was a chance for the ship’s company to see how an autonomous RIB could be used on deployment and its advantages.

While off Plymouth, it was able to conduct reconnaissance and show how it could counter potential threats.

Lt Keaton Leyland-Jones, a warfare office on Argyll, said: “It is great to see the ship involved in this landmark moment for the Royal Navy.

“Argyll may be the oldest frigate in the fleet, but numerous capability upgrades have allowed us to press ahead at the cutting-edge of maritime warfare. Autonomous technology such as the Pac24 proves this, enhancing our versatility and improving our ability to conduct crucial missions, gaining advantage over the aggressor.”

For safety reasons, the Pac24 had sailors on board but was controlled remotely from Argyll throughout the trials.

Check out Naval Library App to find out more about the specifications of the HMS Agryll and USVs.

U.S. and German navies sail at sea together