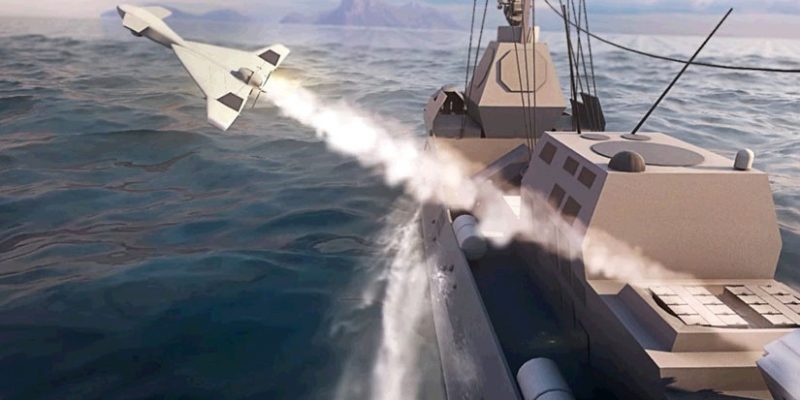 Boaz Levy, IAI’s President and CEO, said: “IAI is a global pioneer in developing the operational concept of a loitering munitions systems, which has ripened to a family of unique and accurate attack systems. These systems, which have added impressive achievements to the operational capability of fighting forces around the globe, constitute central and decisive attack components for advanced battlefields of the future. These contracts are further proof of the importance and confidence modern armies place in accurate munitions systems as part of their arsenal, and may be harbingers of additional business activity in this field. IAI will continue to develop and improve a range of strike systems in order to give its clients around the world a precise operational solution.”

The Maritime HAROP system provides an operational solution for a range of vessels, from off-shore vessels to fighting frigates in the naval theater. In a complex naval theater, the HAROP system gives mission commanders in a fleet of ships the capability to independently and organically collect intelligence, assess targets and strike. The intelligence gathered by the HAROP is directly integrated in the vessel’s control room and allows for quick, accurate and lethal decision-making. Use of the HAROP on naval platforms is an operational alternative and complementary element to using sea-sea missiles, with a wide range of uses and with optimal cost-efficiency for the navy. The maritime and land combat-proven HAROP provides an operational solution for a range of low and high-intensity conflict scenarios and for anti-terrorism activity. The HAROP is equipped with day/night cameras and has the ability to search, find and attack with maximum precision both static and moving targets, on land or at sea and at a long-range. A strike can take place from any direction and at any angle of attack.

ROTEM is the first Vertical Take-Off & Landing (VTOL) Tactical Loitering Munition combat-proven and used in operations by several of the world’s militaries as a small loitering device based on a drone platform and is a power multiplier for tactical forces in a range of fighting scenarios, including security operations and maneuvers. The system provides a reconnaissance, observation and attack envelope with maximum autonomous performance, integrating a simple and intuitive operation interface that can be used by a single fighter from a touchscreen tablet. The ROTEM VTOL Tactical Loitering Munition carries day/night cameras and a warhead weighing up to one kilogram and is optimally designed to carry out combined missions of intelligence gathering and attack. The system incorporates a unique safety mechanism that enables its safe return to the fighter on the ground if an attack was not carried out. The ROTEM system has proven its operational effectiveness for precise, surgical strikes against a range of different targets.

The post IAI to provide loitering munitions to the Asian countries appeared first on Naval News.