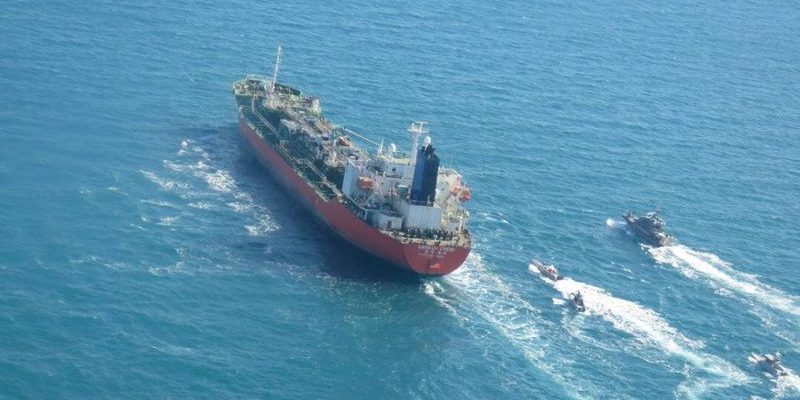 Iran has agreed to allow the crew members of a South Korean vessel it seized for allegedly polluting the environment to leave the country. South Korea’s foreign ministry confirmed that after weeks of negations, nineteen of the crew members are being released. The vessel, the 17,427 dwt tanker Hankuk Chemi, and the vessel’s captain will remain in Iran.

Iranian Foreign Ministry spokesman Saeed Khatibzadeh was quoted by state media on February 2 as saying Tehran was releasing the crew of 20 as a “humanitarian move.”

Khatibzadeh said the legal case against the South Korean-flagged MT Hankuk Chemi and its captain continues. He did not specify whether the crew, which included sailors from Indonesia, Myanmar, South Korea, and Vietnam, had already left.

“Following a request by the South Korean government, the crew of the Korean ship, which was detained on charges of causing environmental pollution in the Persian Gulf, have received permission to leave the country in a humanitarian move by Iran,” Khatibzadeh said.

The development comes as Tehran urges Seoul to released billions of dollars of Iranian assets frozen in South Korea because of U.S. sanctions.

“The two sides … shared the view that the release of the sailors was an important first step to restore trust between the two countries and they will work to resolve the issue of frozen Iranian assets in South Korean banks,” South Korea’s Foreign Ministry said in a statement.

The Islamic Revolutionary Guards Corps (IRGC) seized the South Korean-flagged MT Hankuk Chemi on January 4 and detained its crew near the strategic Strait of Hormuz over pollution violations.

The frozen assets stem from oil sales earned before Washington tightened sanctions on Iran following the U.S. withdrawal from a landmark nuclear deal between Tehran and world powers.

The Iranian government has rejected allegations that the seizure of the tanker amounted to hostage taking.

IAI to provide loitering munitions to the Asian countries