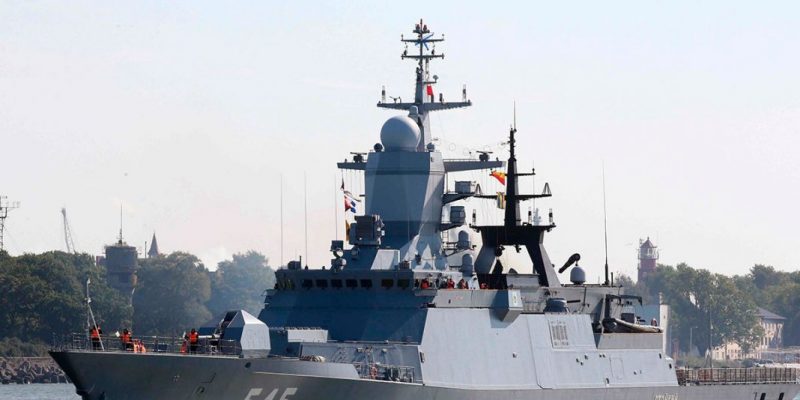 The Russian Navy’s Baltic Fleet’s task group consists of a Steregushchiy-class corvette named “Stoiky” and replenishment tanker “Kola” passed through the Suez Canal and entered the Red Sea in their long-distance deployment.

TASS Agency of Russia has shared the article based on the statements of the fleet.

“The ships have transited the Suez Canal, entered the Red Sea and set their course for the designated point in the Gulf of Aden where they will continue accomplishing assigned missions,” the press office said in a statement.

On January 31, the Baltic Fleet’s naval group held shipboard damage control drills in the Mediterranean Sea in accordance with the plan of its long-distance deployment while the anti-terror personnel practiced inspection measures on the deck and in the ship’s facilities, the press office specified.

The corvette’s shipborne systems and armament are operating in the normal mode. The sailors are holding necessary maintenance measures aboard the ship. The personnel are healthy and ready for accomplishing assigned tasks, the press office noted.

The Baltic Fleet’s naval group comprising the corvette Stoiky, the medium sea tanker Kola and the sea tug Yakov Grebelsky departed from the naval base of Baltiysk for its long-distance deployment on December 16, 2020.

The statements didn’t specify the purpose of the deployment, but, as known commonly, Russia aims to increase its activities in the region to show presence. Though called a “corvette,” the displacement of the Steregushchiy-class is 2200 tonnes, which equals a light frigate. Because of its size and displacement, though deploying in the Gulf of Aden and providing support for counter-piracy ops will not be a problem for the group, they may struggle with the ocean’s sea state if they pass the gulf and deploy in the ocean.

The Stoiky is a Project 20380 multi-purpose corvette developed by the Almaz Central Design Bureau of Marine Engineering (St. Petersburg). The warships of this class are designed to accomplish green-water escort and strike missions and patrol coastal waters. They are armed with universal artillery guns, surface-to-air missile/artillery systems, supersonic missiles and automatic artillery launchers. The Project 20380 corvettes carry a Ka-27 helicopter.