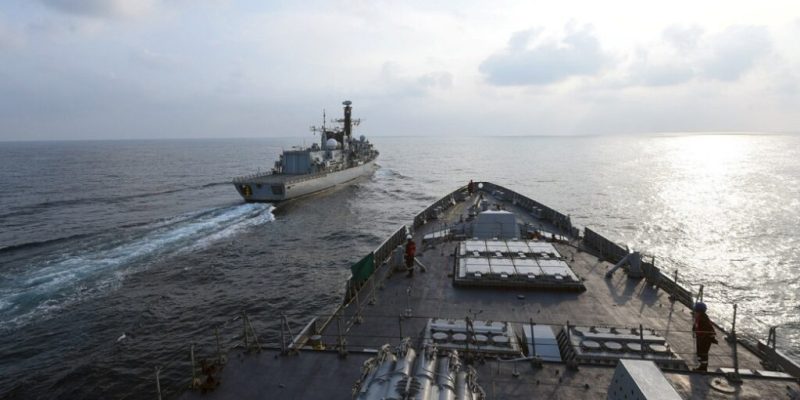 The Indian Navy and the Royal Navy commenced the sea phase of the Konkan Shakti bilateral exercise in the Arabian Sea on 24 October.

All participating units deployed to sea after completing the harbor phase. Within the scope of the exercise, the units were divided into two opposing formations with the goal of obtaining “sea control” in order to deliver Army ground troops at a pre-determined location.

Strikes against the combined formation were carried out by Indian maritime patrol aircraft (MPA) Dornier, fighters of the Indian Navy (MiG 29Ks), Royal Navy (F35Bs), and Indian Air Force (SU30 and Jaguars), as well as a composite flypast over the formation.

Throughout the night, subsurface operations were conducted with an Indian Scorpene-class submarine and the Royal Navy’s underwater remote-controlled vehicle EMATT. P8I, an Indian MPA, also took part in the drill.

“The strong level of interoperability demonstrated on the opening day of the exercise demonstrates both navies’ high standards of professionalism and preparedness.” It also reflects a high level of mutual trust and understanding that has been built over many years,” said a Western Naval Command official based in Mumbai.

Check out Naval Library App to find out more about the specifications of the Kolkata-class destroyers.