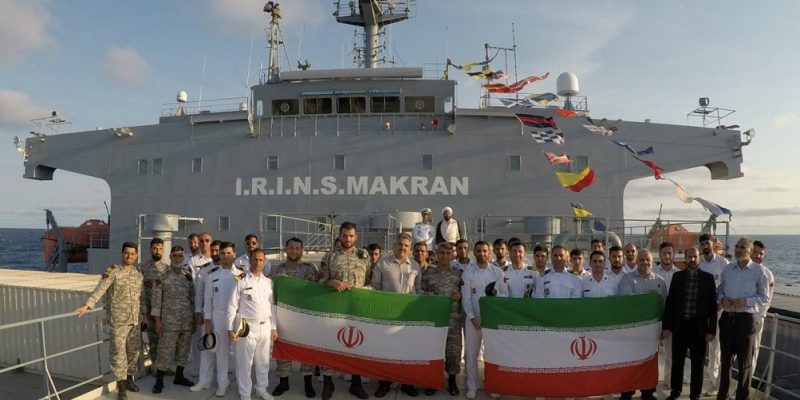 After a 133-day deployment overseas, Iran’s 75th flotilla, which includes the Makran forward base ship and the Sahand frigate, returned home.

Iranian Navy Commander Rear Admiral Shahram Irani said that the 75th flotilla had marked a watershed in the history of the country’s naval industry by successfully carrying out a major mission.

His statement stated that the flotilla had returned to Iran after travelling 45,000 kilometres across three oceans, passing through 55 countries on three continents, and transmitting the message of peace and friendship from Iran.

The admiral described Iran as the only country that can ensure its maritime security on its own, and he stated that the Iranian flotilla completed the mission without the assistance of any other country.

He went on to say that the Iranian warships did not need to dock in any port in order to meet their technical requirements.

In a statement issued this week, Iran’s Supreme Leader, Ali Khamenei, congratulated the navy on its accomplishment.

Having set sail in April, the two warships crossed the Indian Ocean and sailed around Africa before reaching the Atlantic Ocean, where they docked. The vessels, which never made it to Venezuela, were reportedly being watched by the United States at the time of their alleged monitoring. The flotilla also travelled to Russia in July to take part in a naval parade commemorating Russian Navy Day.

Check out Naval Library App to find out the specifications of IRINS Makran.

Elbit to provide ASW capabilities to an Asian-Pacific Navy