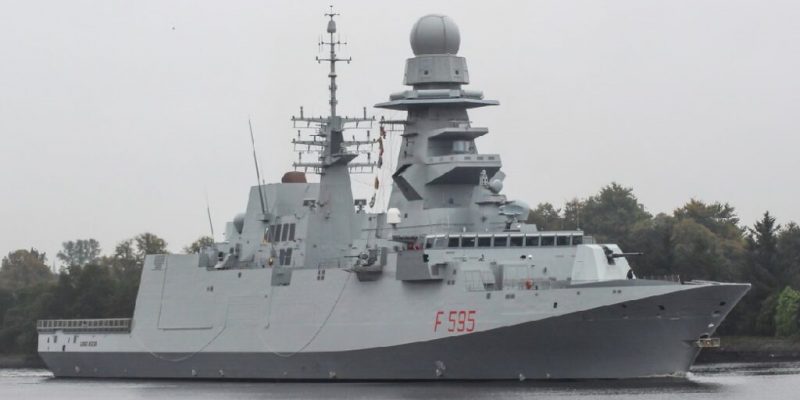 According to Rivista Italia Defense (RID) magazine, Morocco has been in talks with Fincantieri to enforce its Navy with two Bergamini class multimission frigates.

The sources underlined that the discussions are ongoing between Morocco and Italian shipbuilder Fincantieri. Morocco also shows interest to ITS Luigi Rizzo (F-595) which is currently in service for the Italian Navy.

The Royal Morrocan is familiar to operate FREMM-class frigates. In 2014, DNCS delivered the ASW-version of the FREMM family to Morocco to replace its Descubierta-class corvette. On completion of procurement 2 additional Bergamini-class frigates, the Royal Moroccan Navy (RMN) will increase its naval power significantly.

FREMM-class frigate design has been increasing its popularity. After negotiating with the U.S. to supply Constellation-class frigates, Fincantieri delivered two Bergamini-class frigates to the Egyptian Navy and has signed to sell six FREMM frigates to Indonesia.

The FREMM program is a joint Italian-French Defense industrial co-operation project for a new generation of frigates, having a common baseline, but differing from one country to the other as a function of different operational requirements. The frigates for the Italian Navy are built at the Fincantieri’s integrated naval shipyard of Riva Trigoso-Muggiano. The ship is built in Anti-Submarine Warfare (ASM/ASW), Anti-Air Warfare (FREDA) and General Purpose (GP) versions.

The Italian FREMM has a full load displacement of about 6,500 tons, an overall length of about 144 m, a beam of 19.7 m, and a draught of 8.7 m. The ship is powered by Combined diesel-electric and gas (CODLAG) propulsion system including one 32 MW gas turbine General Electric/Avio LM2500+G4, two 2.5 MW electric motors Jeumont Electric and four diesel generators. she can reach a top speed exceeding 30 knots (56 km/h). Vessels’ endurance is up to 45 continuous days, while the range of the ship is 6,800 nautical miles at 15 knots (28 km/h).

Check out Naval Library App to learn more about the specifications of FREMM frigates.