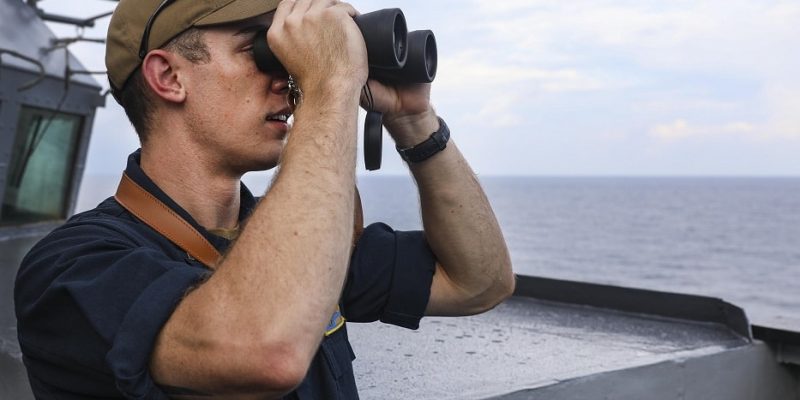 According to a press release issued by the U.S. Navy, USS Benfold (DDG 65) asserted navigational rights and freedoms in the vicinity of the Paracel Islands (China calls Xisha Islands), consistent with international law on 12 July.

China, Taiwan, and Vietnam each claim sovereignty over the Paracel Islands. All three claimants require either permission or advance notification before a military vessel or warship engages in “innocent passage” through the territorial sea. Under international law as reflected in the Law of the Sea Convention, the ships of all States – including their warships – enjoy the right of innocent passage through the territorial sea.

In the meantime, spokesperson for the Chinese PLA Southern Theater Command, the US guided-missile destroyer USS Benfold trespassed into China’s territorial waters of the Xisha Islands on July 12 without Chinese government’s permission. As a response, the naval and air forces of the PLA Southern Theater Command conducted tracking and monitoring on the US destroyer and warned it to leave.

The spokesperson pointed out that the Xisha Islands are China’s inherent territory, and the US military’s behavior has seriously violated China’s sovereignty and security, and gravely undermined the regional peace and stability of the South China Sea. “The US action seriously goes against the international law and basic norms governing international relations, which is yet another ironclad proof that the United States has been pursuing navigation hegemony and creating militarization of the South China Sea. Facts have proved that the US is in every sense a ‘security risk maker in the South China Sea’, ”the spokesperson continued.

The spokesperson stressed that China strongly condemns and firmly opposes this and urges the US side to stop provocations of this kind and strictly control its military activities in the air and at sea. “Otherwise, all consequences arising therefrom will be borne by the US side,” the spokesperson warned.

The U.S Navy claims that the PRC’s statement about this mission is false.

“USS Benfold conducted this FONOP in accordance with international law and then continued on to conduct normal operations in international waters. The operation reflects our commitment to upholding freedom of navigation and lawful uses of the sea as a principle. The United States will continue to fly, sail, and operate wherever international law allows, as USS Benfold did here. Nothing PRC says otherwise will deter us.” the U.S. Navy added in the statement.

About the disputed Paracel Islands region:

The Paracel Islands are a disputed archipelago in the South China Sea. The archipelago includes about 130 small coral islands and reefs, most grouped into the northeast Amphitrite Group or the western Crescent Group. They are distributed over a maritime area of around 15,000 square kilometers (5,800 sq mi), with a land area of approximately 7.75 square kilometers (2.99 sq mi).

The archipelago is approximately equidistant from the coastlines of the People’s Republic of China (PRC) and Vietnam; and approximately one-third of the way from central Vietnam to the northern Philippines.The archipelago includes Dragon Hole, the deepest underwater sinkhole in the world. Turtles and seabirds are native to the islands, which have a hot and humid climate, abundant rainfall and frequent typhoons. The archipelago is surrounded by productive fishing grounds and a seabed with potential, but as yet unexplored, oil and gas reserves.

The ownership of the islands remains hotly contested. China, Vietnam, and Taiwan all claim de jure sovereignty, although the PRC has de facto control of the islands. In July 2012, China (PRC) declared a city named Sansha, under Hainan Province, as administering the area. In February 2017, the Asia Maritime Transparency Initiative reported 20 outposts of the PRC built on reclaimed land in the Paracels, three of which have small harbors capable of berthing naval and commercial ships.

Check out Naval Library App to learn more about the specifications of Arleigh Burke-class destroyers.

Morocco in talks with Italy to procure 2 FREMM Frigates

Come One, Come All! The MozCon Virtual 2021 Day One Recap