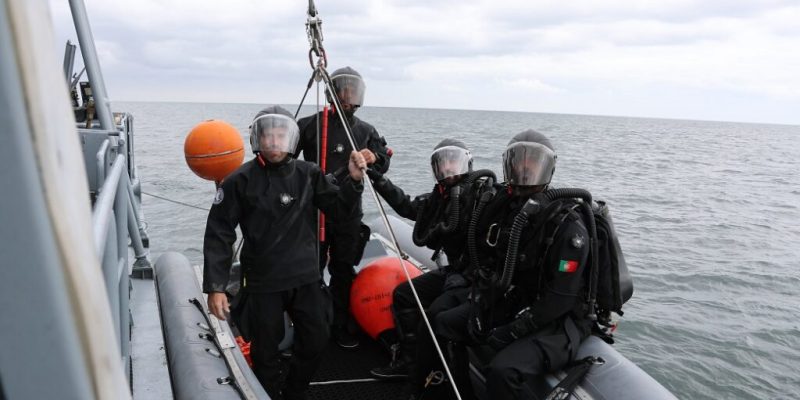 The objective of the operation was to reduce the risk posed by sea mines to maritime communities and traffic of the Baltic Sea and provide enhanced training in mine countermeasures operations to SNMCMG1 participating units.

Following the first and second World Wars, several ammunition dumping areas were established in the area. Over time, ordnance drifted from the original sites or became naturally buried in sand and mud. To this day, the presence of historical sea mines and other explosive remnants of war poses a threat to maritime traffic in the Baltic Sea.

Cumulatively SNMCMG1 performed 141 hours of bottom search operations and covered an area of ten square nautical miles. During the operation, the group located and identified one 1940s artillery shell and two sea mines, confirming that a significant amount of military munitions remain present in this area of the Baltic Sea from the two World Wars. While mapping the ocean bottom SNMCMG1 also located and mapped two shipwrecks that we’re unable to be identified due to their deteriorated conditions.

“By locating and identifying ordnance items in the waters off the coast of Germany, Standing NATO Mine Countermeasures Group 1 and assigned MCM forces further refined the mapping and location of hazardous items in an area where historic records indicate their presence. Our efforts ensure the safety and freedom of navigation for all mariners and allow for German authorities to conduct disposal operations at a future date. It is a huge honour and privilege to do what we can to make the Baltic just a little safer than it was before,” said U.S. Navy Captain Sam Brasfield, Commander SNMCMG1.

To locate the maximum amount of objects, SNMCMG1 units use hull-mounted or side-scan sonar equipment to detect objects on the sea bed. The objects are then further identified by divers or remotely operated underwater vehicles.

SNMCMG1 provided all collected data of the area to the German Mine Warfare Data Center (MWDC) to facilitate their efforts to map the sea bed in order to ensure the safety of navigation within German territorial waters. All historical ordnance search activities were executed in close coordination and consent of the German authorities.

During the operation, SNMCMG1 consisted of the flagship FGS Elbe (Germany) and mine countermeasures vessels FGS Homburg (Germany) and LVNS Talivaldis (Latvia).

Upon completion of Bottom Search Operations, SNMCMG1 transited to Frederikshavn, Denmark for some hard-earned rest and re-supply before setting sail to resume mine countermeasures operations and exercises.

Check out Naval Library App to find out the specifications of the SNMCMG2 assets.