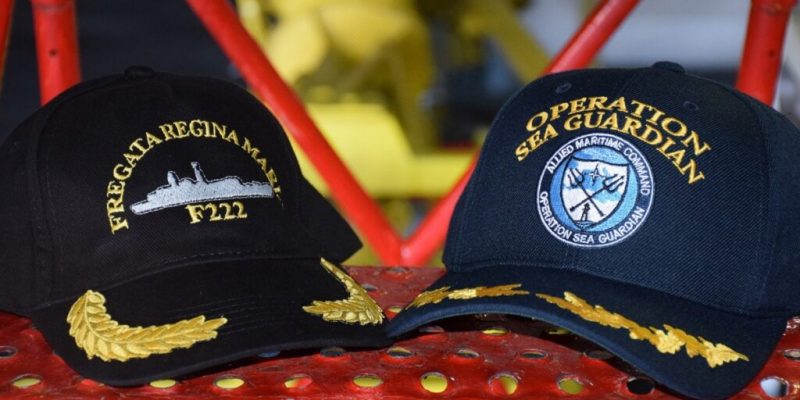 Romanian Navy frigate ROS Regina Maria and Croatian Navy missile boat HRV Vukovar have departed from Catania, Italy, escorted by German and Spanish submarines. Air support for the patrols will be provided by Maritime Patrol Aircraft (MPAs) from Italy and Turkey, as well as Airborne Early Warning units from Greece and Turkey.

NATO’s Operation Sea Guardian continues to be a critical tool for NATO in enhancing cooperation and interoperability with Allies and Partner nations in the Mediterranean Sea, as well as capacity building in the area of maritime security. These targeted patrols aid in maintaining maritime situational awareness, deterring terrorism, and mitigating the risk of other security threats in the Mediterranean Sea.

The fifth focused patrol of the year and the third in the Central Mediterranean will include a planned port visit to Valletta, Malta, followed by a passing exercise designed to improve interoperability between participating units. NATO will deploy a mobile training team from Turkey in conjunction with this visit to provide Maltese Armed Forces with training on Counter-Improvised Explosive Devices (C-IED). This activity aims to enhance regional maritime security and strengthen NATO’s partnership with Malta.

Parallel to these engagements, NATO Allied Maritime Command and NATO Special Operations Headquarters representatives are scheduled to conduct a workshop for personnel from partner nations including Algeria, Georgia, Malta, and Ukraine. The workshop will lay the groundwork for developing maritime special operations capabilities and provide an overview of current maritime special operations development initiatives.

Check out Naval Library App to find out the specifications of ROS Regina Maria.

How did HSwMS Gotland hunt the US aircraft carrier during an exercise?