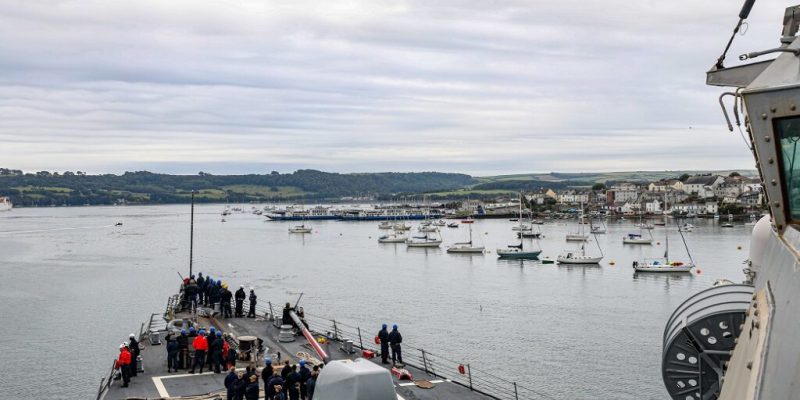 Her Majesty’s Naval Base Devonport in the United Kingdom serves as the headquarters for the FOST, which provides operational training for surface ships, submarines, Royal Fleet Auxiliaries, and Strike Groups of the Royal Navy, as well as other NATO-affiliated navies.

“Porter and her crew are ready and excited for the upcoming challenge of FOST,” said Cmdr. Thomas Ralston, commanding officer, USS Porter. “The crew has been preparing for the last several months for this training event. I am looking forward to the opportunity to work alongside the Royal Navy and strengthen our relationships with our allies, as well as increase capacity and interoperability.”

The training evolution started with the Material Assessment and Safety Check, an inspection focusing on the safety, cleanliness and overall readiness of the ship and her crew.

Over the next three weeks, FOST assessors will train with the officers and crew of Porter on advanced warfighting tactics, including testing weapons systems during gunnery exercises, conducting seamanship and manoeuvring exercises, and responding to various damage control environments. The evolutions will progress from single threat to multi-threat scenarios with a focus on certification from the Royal Navy in advanced warfare areas.

During the certification, Porter will be assessed by FOST inspectors as well as the U.S. Navy’s Afloat Training Group (ATG), Norfolk. The mission of ATG is to provide dynamic, quality afloat training to Sailors to ensure a combat-ready force capable of performing a broad spectrum of maritime missions.

Porter, forward-deployed to Rota, Spain, is on its 10th patrol in the U.S. Sixth Fleet area of operations in support of U.S national security interests in Europe and Africa.

Check out Naval Library App to find out the specifications of the Arleigh Burke class destroyers.

How Our Website Conversion Strategy Increased Business Inquiries by 37%