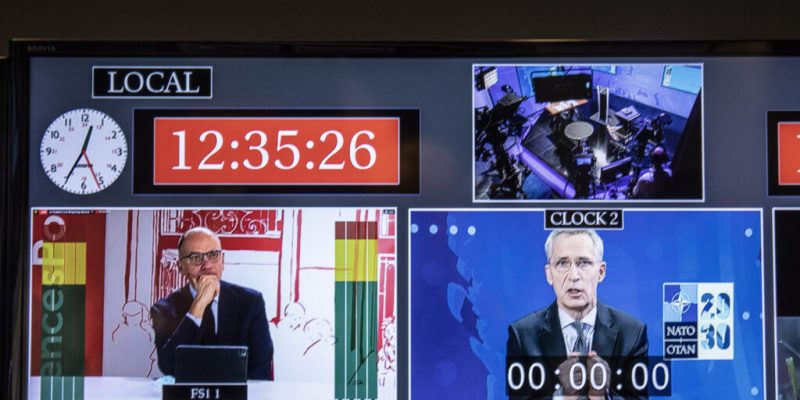 NATO Secretary-General Jens Stoltenberg gave a speech virtually at the event organized by Po Paris School of International Affairs. He underlined that “we have been facing an unpredictable world, and NATO’s strategy is to deal with uncertainty and safeguard peace. Our adversaries challenge us using bombs and aircraft, but also bots and algorithms,” he said. He added that NATO continues to adapt and has already done a lot to be best prepared for any threats at any time.

With network-centric warfare, it has become essential to gain information superiority in naval operations. Besides organic sensors and detection tools, satellites, external sensors, social media, and open-source intelligence tools have increased the amount of data that needs to be processed in naval domain operations.

In naval operations, the transformation of information superiority into decision superiority and gaining advantage depends on data fusion as soon as possible and correctly.

Thanks to the advances made in deep learning and machine learning in recent years, meaningful results can be obtained by analyzing data from a large number of various sources with Artificial intelligence and big data algorithms.

Under these conditions, NATO’s ability to maintain security at sea, in the air, on land, and in the cyber world depends on its ability to maintain its technological superiority. As it is clearly stated in the NATO 2030 document, NATO has to develop a cooperation environment in which the military and civilian industry and universities can work together.

The Secretary-General said that he has also appointed a group of emerging, young leaders from across the Alliance to advise him on NATO 2030 to maintain superiority over the cutting edge technologies and present their ideas in early February. NATO will also host ten universities to compete in NATO’s first-ever policy hackathon to develop disruptive ideas on NATO’s future.