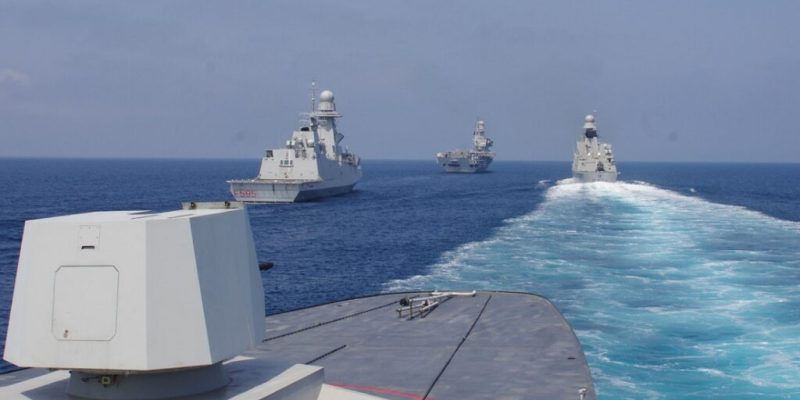 Mare Aperto 2021 is an Italian exercise accessible to ally and NATO countries that aims to improve the combat preparedness of the participating assets.

From October 4 to 27, 2021, the Adriatic Sea, Ionian Sea, Strait of Sicily, and the Tyrrhenian Sea will be open to the public as part of Mare Aperto 2021.

Staff and crews face increasingly difficult drills in a complex and realistic environment where a wide range of activities are carried out, including counter-terrorism, critical infrastructure protection, free navigation protection (including counter-piracy), combating the proliferation of weapons of mass destruction, and maritime interdiction.

Training is being done in a variety of warfare specialities, including anti-air, anti-submarine, and anti-surface ship situations. The exercise is also intended to teach participants how to work together to resolve crisis circumstances including both conventional and asymmetric threats.

Check out Naval Library App to find out more about the specifications of the Oliver Hazard Perry-class frigates.