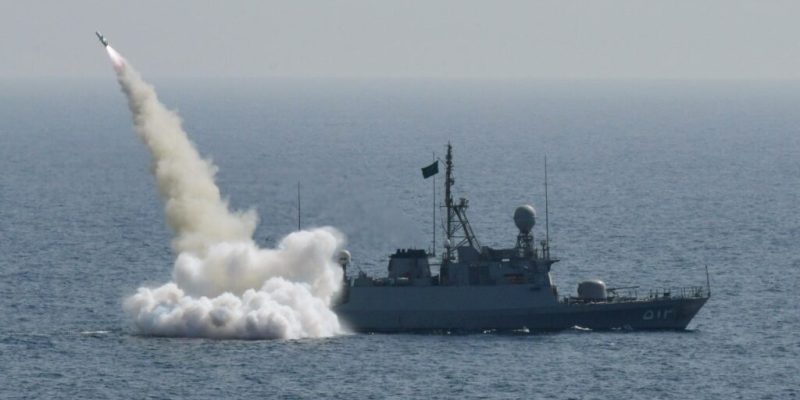 The first-ever involvement of a Royal Saudi Air Force (RSAF) F-15 S/A in a firepower demonstration brought a distinctive flavour to the exercise’s Joint Maritime Operations. NAB-XIII was a practical demonstration of a cooperative reaction to conventional threats at sea. PN and RSNF ships, as well as RSAF aircraft, effectively engaged their respective targets during Live Weapons Firing. The exercise’s goal is to improve interoperability and operational readiness among the participating countries’ armed forces in order to support a wide range of naval combat and maritime security activities.

Later, both Chiefs participated in a Joint Fleet Review of PN and RSNF ships at sea with high-ranking officials from both countries.

Exercise Naseem Al Bahr is a biennial operational exercise that has evolved over two decades as an expression of the Pakistan-Saudi strategic alliance and a mutual resolve to improve cooperation in dealing with maritime threats.

Check out Naval Library App to find out more about the specifications of the Royal Saudi Navy assets.

US Approves Possible Sale of MH-60R Helicopters to Australia