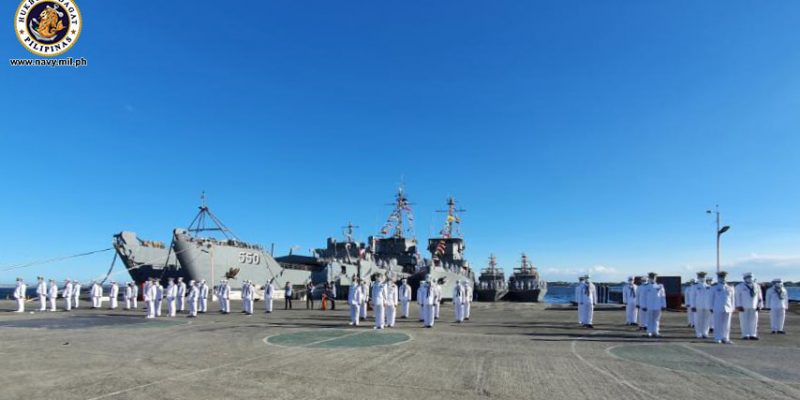 “Indeed, the decommissioning of PS-31, PS-70, PC-118, and PC-114 is a symbolism that there is a new horizon in sight. We are geared towards becoming a stronger and more capable Philippine Navy. With our newest acquisitions, we are more confident that we can better perform our mandate and provide better protection of our maritime domains,” Admiral Bacordo outlined.

Those decommissioned in a ceremony held on Monday were the BRP Quezon (PS-70), a former Auk-class minesweeper of the US Navy constructed during World War II and transferred to the PN in 1967; the BRP Pangasinan (PS-70), a former US Navy patrol craft escort built in 1943 and turned over to the country in 1948; and the Tomas Batilo-class fast patrol craft, BRP Salvador Abcede (PC-114), and the BRP Emilio Liwanag (PC-118), which were acquired from South Korea in 1996.

“The accomplishments of these PN vessels won’t be possible without their courageous crew. We are preparing and transitioning from a legacy navy into a modern navy, and part of this is making sure that we allocate our valuable resources and manpower to our new platforms,” Bacordo said in his speech delivered by PN vice commander Rear Admiral Adeluis Bordado during the ceremony at Captain Salvo Pier, Naval Base Heracleo Alano, Sangley Point, Cavite City.

The Philippine Navy implemented the gradual decommissioning of its legacy assets in line with Defense Secretary Delfin Lorenzana’s guidance to decommission all of its vintage assets to pave the way for the incoming platforms under the Armed Forces of the Philippines Modernization Program.

This supports the PN’s capability development program aimed towards the acquisition of modern platforms with state-of-the-art equipment and combat management systems.

Bacordo earlier told the Philippine News Agency (PNA) that these ships need to be decommissioned as they are now too old and costly to maintain and operate.

He added that the PN is phasing out these ships so that the Navy could “devote more resources to our newly-acquired ships.”

“Notwithstanding, we have a sufficient number of ships to continue performing our mandate to protect our people, secure our sovereignty and the integrity of our national territory,” Bacordo said.

By OTC16 hours ago5 views