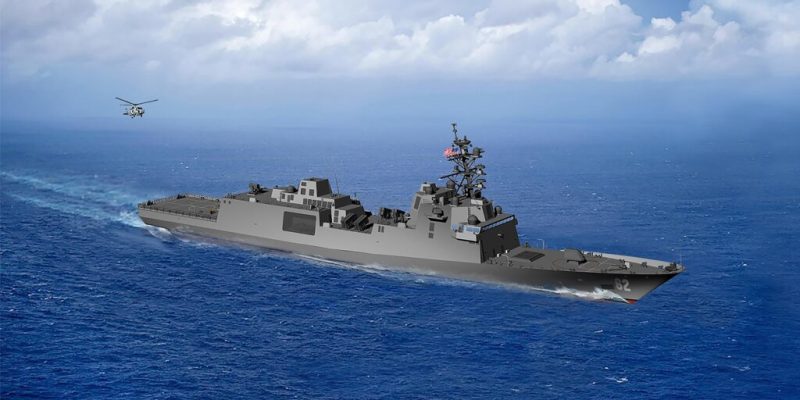 The Congressional Research Service report for “Navy Constellation (FFG-62) Class Frigate Program: Background and Issues for Congress” was published on Aug 10, 2021. The summary of the report as follows.”

Four industry teams competed for the FFG-62 program. On April 30, 2020, the U.S. Navy announced that it had awarded the FFG-62 contract to the team led by Fincantieri/Marinette Marine (F/MM) of Marinette, WI. F/MM was awarded a fixed-price incentive (firm target) contract for Detail Design and Construction (DD&C) for up to 10 ships in the program—the lead ship plus nine option ships. The other three industry teams reportedly competing for the program were led by Austal USA of Mobile, AL; General Dynamics/Bath Iron Works (GD/BIW) of Bath, ME; and Huntington Ingalls Industries/Ingalls Shipbuilding (HII/Ingalls) of Pascagoula, MS.

As part of its action on the Navy’s FY2020 and FY2021 budgets, Congress has passed provisions relating to U.S. content requirements for certain components of each FFG-62 class ship, as well as a provision requiring the Navy to conduct a land-based test program for the FFG-62’s engineering plant (i.e., its propulsion plant and associated machinery).

The FFG-62 program presents several potential oversight issues for Congress, including the following:

 the Navy’s emerging force-level goals for frigates and other surface combatants;

 the potential impact of the COVID-19 situation on the execution of U.S. military shipbuilding programs, including the FFG-62 program;

 whether to build FFG-62s at a single shipyard at any one time (the Navy’s baseline plan), or at two or three shipyards;

 whether the Navy has appropriately defined the required capabilities and growth margin for FFG-62s;

 whether to take any further legislative action regarding U.S. content requirements for the FFG-62 program;

 technical risk in the FFG-62 program; and

Check out Naval Library App to learn more about the specifications of the Constellation (FFG-62) Class Frigates.