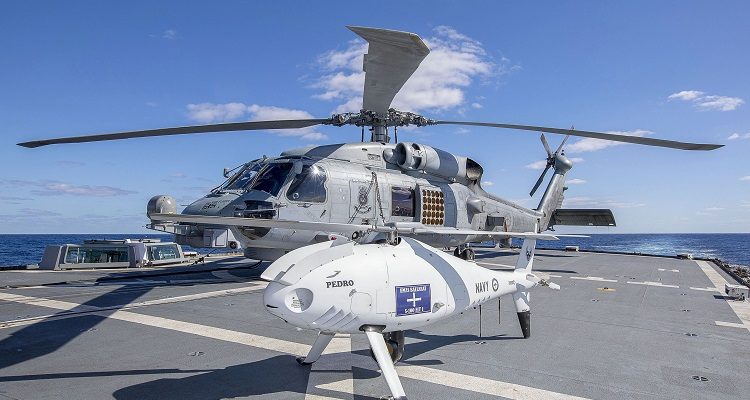 The Royal Australian Navy (RAN) has awarded Schiebel a three-year contract extension for the maintenance of its CAMCOPTER S-100, according to Schiebel.

The extension allows the RAN to continue to experiment and develop knowledge using the S-100.

Schiebel has built on its initial acquisition contract since winning the RAN contract in 2016, resulting in this significant extension. Schiebel Pacific Pty Ltd will deliver a sovereign Australian CAMCOPTER® S-100 training capability as part of the contract, as well as field support services, engineering, and logistics.

“For Schiebel Pacific the contract extension secures existing Australian jobs and will create further positions for Australian Unmanned Air System (UAS) experts. We are immensely proud that we were able to convince with our CAMCOPTER® S-100”, said Hans Georg Schiebel, Chairman of the Schiebel Group.

The S-100 was originally brought on strength as part of the RAN’s uncapitalised Navy Minor Program (NMP)1942 effort to inform the service as it developed its requirements for the larger Project SEA 129 Phase 5 program, but its sustainment has since been transferred to the Capability Acquisition & Sustainment Group (CASG) as part of the SEA 129 Phase 5 Maritime Unmanned Aircraft System Continuous Development Program.

Schiebel’s CAMCOPTER® S-100 Unmanned Air System (UAS) is a proven capability for military and civilian applications. The Vertical Takeoff and Landing (VTOL) UAS needs no prepared area or supporting launch or recovery equipment. It operates day and night, under adverse weather conditions, with a range out to 200 km, both on land and at sea. The S-100 navigates automatically via pre-programmed GPS waypoints or can be operated directly with a pilot control unit. Missions are planned and controlled via a simple point-and-click graphical user interface. High-definition payload imagery is transmitted to the control station in real-time. Using “fly-by-wire” technology controlled by redundant flight computers, the UAV can complete its mission automatically in the most complex of electromagnetic environments. Its carbon fibre and titanium fuselage provide capacity for a wide range of payload/endurance combinations.

Check out Naval Library App to learn more about the specifications of the CAMCOPTER S-100.