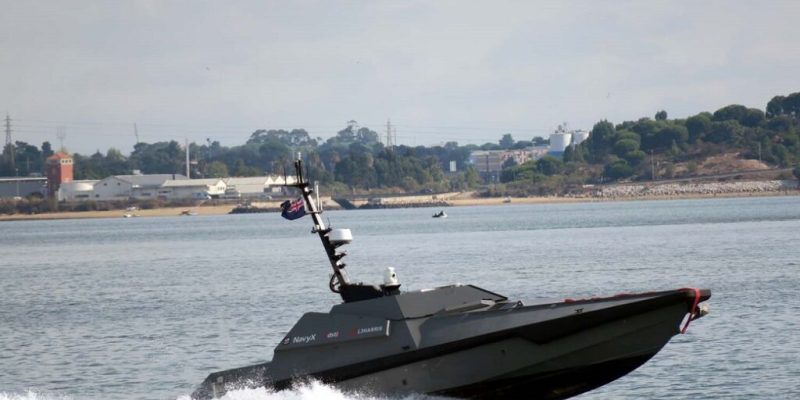 The MADFOX crewless boat, which has been undergoing trials all year, was at the heart of the Royal Navy’s contribution. During its first foreign deployment, the boat was put through its most difficult test to date: being part of a surveillance training operation that culminated with a missile launch.

For the trial, a Puma drone launched by USNS Carson City sent information on a potential target – in this example, a simulated target of a Spanish crewless boat – to a land-based control center. When the information was obtained, it was forwarded to the Royal Navy’s MADFOX warship, and the missile was launched.

Commander Antony Crabb, NavyX Experimentation Team Leader, said: “The system launch from MADFOX was the UK first, demonstrating the potential of uncrewed surface vessels for lethal and other payloads; crucially, the whole serial was commanded, enabled and facilitated using the information provided by uncrewed systems.

“It is a significant step for UK/US interoperability and interchangeability.”

As Portuguese Marines stormed ashore, aerial drones provided further surveillance, sending imagery to ruggedised tablets within the assault forces. Personnel in the Maritime Operations Centre were able to make an assessment of the target defences and enemy strength before ordering an attack.

Exercise REP(MUS) 21 is an annual exercise jointly organised by the Portuguese Navy, the University of Porto, NATO’s Centre for Maritime Research and Experimentation (CMRE) and the NATO Maritime Unmanned Systems Initiative. The exercise gives Allies and partners a chance to field and evaluate new maritime technologies. REP(MUS) stands for ‘Robotic Experimentation and Prototyping augmented by Maritime Unmanned Systems’.

The exercise was designed to show how dismounted Command and Control systems could extend situational awareness provided by uncrewed systems to small distributed teams. The tablets also enabled the Marines to request missions from the uncrewed systems connected to the UK MAPLE mission planning system.

Check out Naval Library App to find out more about the specifications of the MADFOX USV.