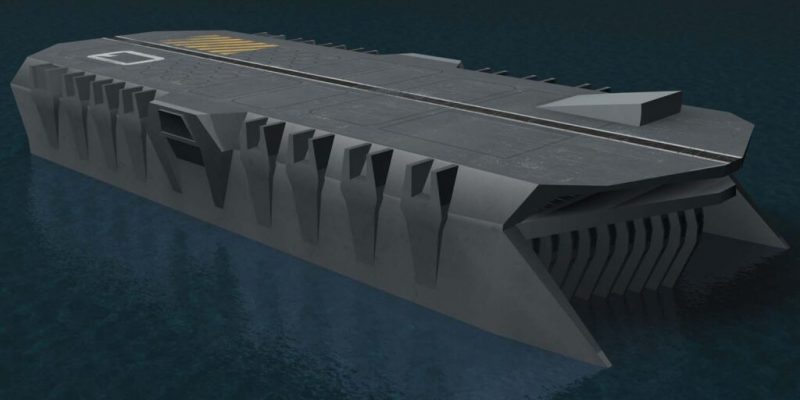 The Royal Navy’s future and how it might further embrace autonomous technology, including drones, have been revealed.

The Royal Navy will develop a Future Autonomous Fleet program over the next 50 years, guided by a design challenge for young engineers from UK Naval Engineering Science and Technology (UKNEST).

As a result of the design challenge, the future vision envisions drones based in the stratosphere that can be launched at any time; uncrewed fast attack craft housing smaller autonomous boats; aircraft carriers powered by sea-based biofuels and wind energy; and an underwater flagship at the fleet’s center. Additionally, increased use of artificial intelligence to assist with low-level planning and underwater transport units capable of transporting anything from munitions to food are conceptual ideas.

Although still in the conceptual stage, the Royal Navy is on track to bring one of these futuristic visions to fruition within the next decade – the Persistent Operational Deployment Systems (PODS).

PODS are modular components that can be added to the surface fleet. Similar to a shipping container, the PODS concept establishes the concept of a ‘plug and play’ warship, allowing Royal Navy ships of all sizes to be more adaptable and versatile during deployment.

When equipment is delivered via innovative technology such as heavy-lift drones or autonomous boats, a ship can receive the equipment it requires to re-task more quickly without having to enter a port.

Large in size, the PODS will house assets vital to supporting Royal Navy operations. These may include an autonomous boat for surveillance and reconnaissance, quadcopter drones to deliver supplies, humanitarian aid and disaster relief stores or medical equipment. Versatile in their approach, they have the capacity to become an additional medical room for service personnel at sea or a control centre for Royal Marines’ operations.

Second Sea Lord, Vice Admiral Nick Hine said: “In a future scenario if we find ourselves unable to compete traditionally in terms of mass, we must think differently if we are to regain the operational advantage.

“The young engineers who worked on this project are thinking radically and with real imagination and reflects how the Royal Navy is thinking too.”

As outlined in the recent Defence Command Paper, the Royal Navy is focused on investing in a more innovative and automated fleet. Enhanced by the £24 billion increase in spending across four years as announced by the Prime Minister last November, the Royal Navy will improve the sustainability, lethality and availability of its vessels.

UKNEST young engineer, Fiona McIntosh said: “The collaborative nature of the project, coupled with us being unconstrained in the ideas and technologies we discussed, really helped us base our concept on technologies we thought would be key to innovation over the coming decades.

“The sessions were really interesting and it was great to see all of the concept designs in a presentation to senior Royal Navy Officers at the end.

“It was encouraging to see that the designs had some similar features and the groups had envisioned similar technologies being utilised by the future fleet. Hopefully, we’ll see some of our ideas incorporated into future platforms.”

Supported by future conceptual ideas, the Royal Navy continues to be at the forefront of maritime technology as it adapts to meet future threats and maintain its competitive advantage.

Check out Naval Library App to find out the specifications of the Royal Navy’s assets.

How to Add Products to Your Google My Business Listing, Illustrated