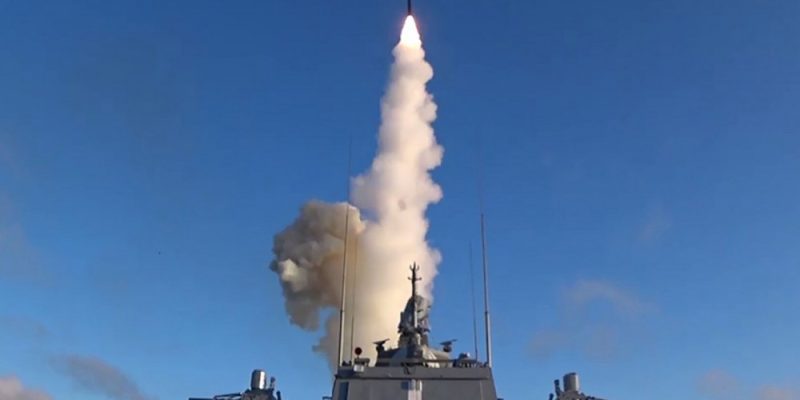 According to a Russian TASS industry source, Russia’s Military-Industrial Corporation Research and Industrial Association of Machine Building (MIC NPO Mashinostroyenia) in the Moscow Region town of Reutovo has begun serial manufacturing of Tsirkon hypersonic missiles for the country’s Navy.

“Serial manufacture of Tsirkon missiles is underway at the NPO Mashinostroyenia,” the source said, “but state trials of this product’s surface launches will continue.”

On November 3, Russian President Vladimir Putin claimed that the Tsirkon hypersonic cruise missile experiments were nearing completion and that the missiles will be delivered to the Russian Navy early next year. On November 18, Defense Minister Sergei Shoigu briefed Putin on the successful test launch of a Tsirkon hypersonic missile in the White Sea.

A source in the domestic military sector informed TASS earlier this week that after two successful test launches, flight development testing of the Tsirkon hypersonic missile from an underwater carrier would start in 2024 from the Project 885M (Yasen-M) modified nuclear-powered submarine Perm.

For the first time on October 4, the nuclear-powered submarine Severodvinsk fired the missile from its surface and submerged positions in the White Sea.

According to a source, the state trials of the hypersonic missile will begin in November and continue through December. Five test launches against the sea and coastal targets are planned in total. A contract for the delivery of Tsirkon hypersonic missiles to the Russian military was signed on August 24, 2021, during the Army 2021 international arms show.

Tsirkon is a multi-purpose hypersonic missile designed to strike both sea and land targets.

President Putin previously stated that the missile is capable of flying at Mach 9 (nine times the speed of sound) and attacking targets at distances of over 1,000 kilometers would be activated soon.

Tsirkon hypersonic missile systems will be installed on Russian submarines and surface ships.

Check out Naval Library App to find out more about the specifications of the Tsirkon hypersonic missiles.

A 2021 update on mobile indexing

✕
Login/Sign up
This website is compliant with the EU GDPR regulation and uses technical and functional cookies in order to improve your experience and keep your session.

Decide which cookies you want to allow. You can change these settings at any time. However, this can result in some functions no longer being available. For information on deleting the cookies, please consult your browser’s help function. Learn more about the cookies we use.

With the slider, you can enable or disable different types of cookies: