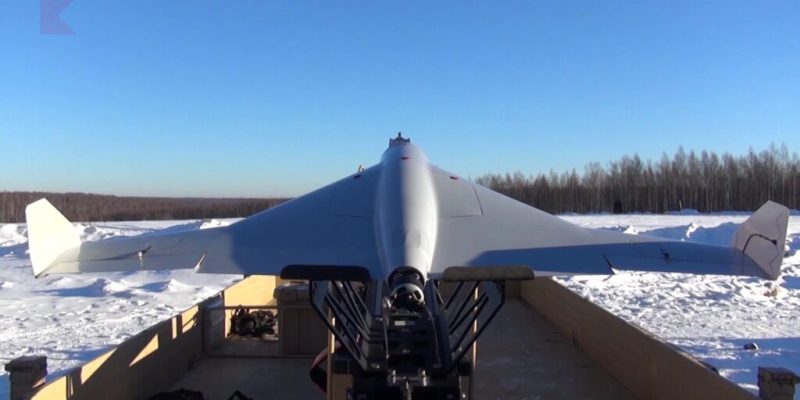 The Russian Navy will receive kamikaze drones and consider using them against small adversary boats and assisting marines’ and Special Forces’ landings.

The issue of arming ships with these autonomous vehicles is now being discussed. Kamikaze drones or loitering munitions formally known, will be employed to strike land targets and enemy ships. Loitering munitions are an utterly autonomous weapon that can “find, decide to engage, and engage targets on their own” without the need for human intervention. With the backing of the marines’ efforts and scouts and special forces men on secret missions, they are crucial. According to experts, the UAVs will boost the combat capability of Russian ships and marine

According to sources within the Ministry of Defense, the military department is presently investigating the possibility of arming the fleet with loitering ammo. It is possible to deploy kamikaze drones from ships quickly. New weaponry systems do not require specialized hangars or launch catapults. After minor modifications, UAVs can operate directly from the deck. Both conventional unmanned aerial vehicles (UAVs) and drones created specifically for the Navy can be employed for use from ships. This issue has not been resolved definitively.

The drones are intended for use against sea and land targets. Such items are particularly efficient against small boats and fast attach crafts; saboteurs and other terrorist organizations actively employ them. As previously reported by the Ministry of Defense, an exercise was staged in Kamchatka in October, during which they rehearsed providing fire support for troops arriving on the coast. Unmanned kamikaze and unmanned aircraft were employed for the first time during the maneuvers. Their assistance destroyed the conditional enemy’s personnel and equipment. In addition, certain kinds of Russian hovering munitions have already been tested in the field.

The Cube and Lancet drones, in particular, were deployed in Syria. Bekkhan Ozdoev, industrial director of Rostec’s weapons complex, stated that kamikaze drones have proven to be successful tools on the battlefield due to their advantages in Syria. The image depicts loitering weapons being fired from the Admiral Gorshkov ship, entering a holding pattern searching for a target and then striking that target.

Russia already employs unmanned aerial vehicles (UAVs) such as the Orlan-10 from several surface ships. They are intended for use against distant targets. They are steered either by specified coordinates or by the unmanned complex’s operator utilizing the UAV’s video view. Additionally, the Lancet-1 and Lancet-3 drones are operational. The first is armed with a 1-kilogram high-explosive fragmentation warhead. Its takeoff weight is only 5 kilograms in this configuration. “Lancet-3” is notably larger – it weighs 12 kilograms and is equipped with a three-kilogram warhead. Two UAVs’ warheads are comparable in power to medium-caliber artillery munitions. Both types of loitering munitions are launched with the use of a catapult. They can fly at speeds of up to 110 kilometers per hour.

There are also proposals to equip the Mi-28NM Night Super Hunter with kamikaze drones. The military department has authorized a procurement plan for these combat helicopters’ onboard equipment. The first 80 production vehicles will be equipped with an AS-UAV control system, enabling personnel to operate medium reconnaissance UAVs and disposable drones. The Russian army and Navy’s assault UAV fleet is continually developing. However, loitering munitions and non-line-of-sight man-in-the-loop attack missiles (Spike NLOS) are significantly more meaningful and effective weapons than tactical unmanned aerial vehicles

Check out Naval Library App to find out more about the specifications of the Russian drones.

US Navy completes the 2nd test of Hypersonic Rocket Motor

Type 003 to be the most powerful aircraft carrier of China