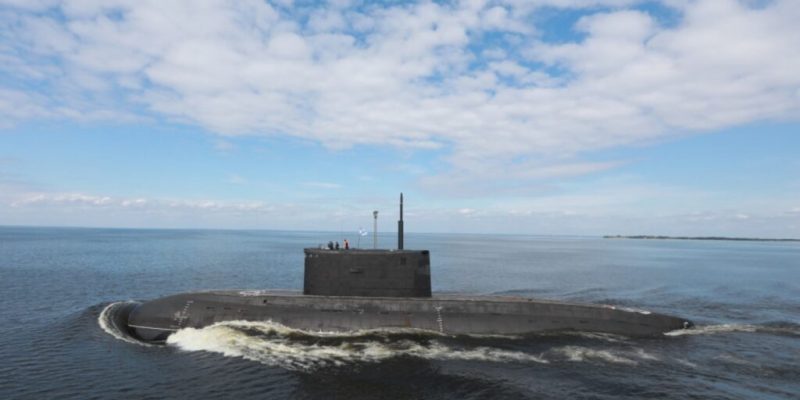 The state trials of “Magadan”, the Project 636.3 third diesel-electric submarine built for Russia’s Pacific Fleet, have begun at the Admiralty Shipyard (part of the United Shipbuilding Corporation), the Shipyard’s press office stated on Monday.

“The Admiralty Shipyard has launched the state trials of the Project 636 large diesel-electric submarine Magadan. The third submarine of the series built for the Pacific Fleet entered state trials on August 16. During the week, the Shipyard’s specialists will check the operation of all the shipborne systems, mechanisms and equipment, including sonars and navigation complexes,” the press office said in a statement.

The submarine will also carry out deep diving to assess the vessel’s control at various operational depths. After completing the state program of trials, the submarine Magadan will return to the Shipyard for its inspection and finishing, the statement says.

The Admiralty Shipyard is building a series of six Project 636.3 diesel-electric submarines for the Russian Pacific Fleet. The Project 636.3 lead submarine Petropavlovsk-Kamchatsky was delivered to the Russian Navy in December 2019. The second submarine Volkhov was floated out in December 2019 and is now undergoing shipbuilders’ sea trials. The third submarine of this series, the Magadan, was laid down on November 1, 2019 and is set to be delivered to the Navy in November 2021.

The 74-meter-long Project 636.3 submarines (NATO reporting name: Improved Kilo-II) had a displacement of over 3,900 tons. The submarine has an operational depth of 240 meters and can dive to a maximum depth of 300 meters.

Submarines of this Project have an operational range of up to 7,500 miles. They are armed with Kalibr-PL cruise missiles that are launched from torpedo tubes from the sub’s submerged position.

Check out Naval Library App to find out the specifications of the Kilo Class Submarines.