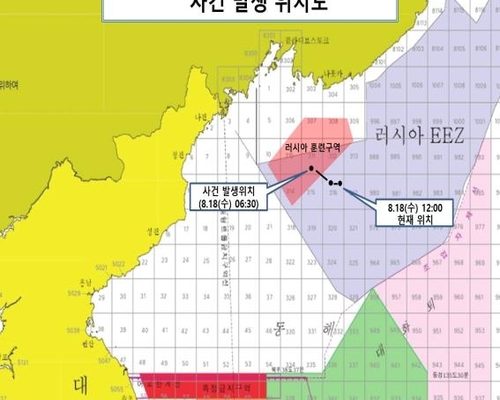 According to the South Korea Ministry of Oceans and Fisheries, a Russian naval vessel fired warning shots at a South Korean fishing boat operating in waters off Vladivostok on Wednesday. There were no casualties or property damage reported.

The Russian warship broadcast a warning when the 77-ton fishing vessel was catching squid at around 3:27 a.m. in waters some 138.9 kilometers south of Vladivostok. The Korean ship’s captain explained the situation to a Russian border police official, who reportedly told him that the ship could continue to operate even if the Russian navy was conducting training exercises nearby.

Korean fishing vessels are permitted to operate in those seas under a bilateral fishery treaty.

To avoid future incidents, the ministry said it will increase monitoring of Korean fishing boats operating in Russian waters and will discuss ways to ensure safe operations by Korean fishing vessels with Russian authorities.