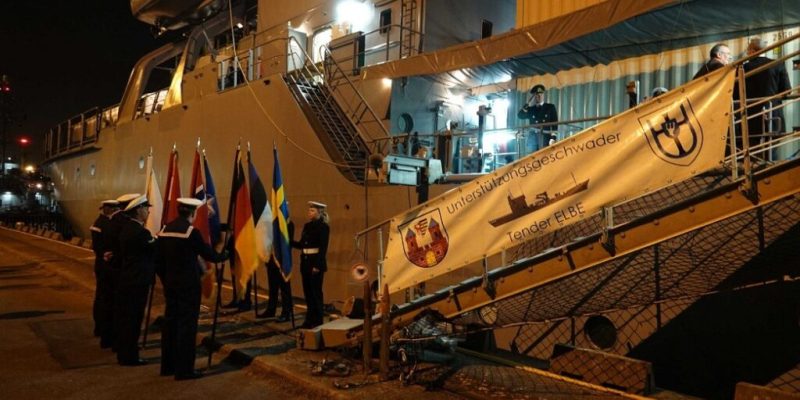 Ships of Standing NATO Mine Countermeasures Group 1 (SNMCMG1) visited Malmo, Sweden between 29 October and November 1 as part of group routine deployment in the Baltic Sea region.

Sweden has been the first stop in the Baltic Sea for the group after taking part in a Historical Ordnance Disposal operation Beneficial Cooperation that was carried out off the coast of the Netherlands. During the port visit, Commander SNMCMG1 conducted courtesy calls to local authorities – Deputy Governor Region Skåne Mr. Ola Melin and Major of Malmö Mrs. Carina Nilsson. Flagship FGS Elbe hosted the official meetings during the luncheon and the reception. On November 1, the group passed The Øresund Bridge and began their Baltic Sea deployment period. Sweden is a reliable and highly capable partner of NATO in the Baltic Sea region.

“Sweden is a reliable and highly capable partner of NATO in the Baltic Sea region,” said Cmdr. Michal Dziugan, commander of SNMCMG1.

Sweden is a NATO Partner nation and NATO ships regularly call on ports in Sweden as part of their routine program and exercises in the Baltic Sea.

Standing NATO Mine Countermeasures Group One (SNMCMG1) is one of four standing maritime groups composed of ships from various allied countries. In addition, SNMCMG1 consisting of minehunters from different nations is continuously ready at short notice to bring the capabilities, skills, and expertise to clear underwater explosives and provide maritime safety.

These vessels are continuously available to NATO to perform different tasks ranging from participation in exercises to operational missions. They also serve as an on-call maritime force as a part of the NATO Very High Readiness Joint Task Force (VJTF) while exhibiting forward presence and contributing to operational interoperability among allied naval forces to support greater regional security and stability.

Check out Naval Library App to find out more about the specifications of the SNMCMG1 assets.

Rohde & Schwarz to supply communication systems to a Gulf navy