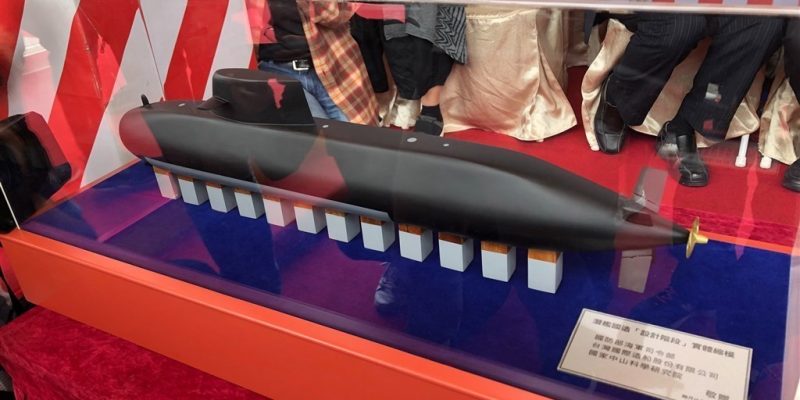 Taiwan Navy held a “keel laying” ceremony on Nov. 16, for an indigenously developed submarine prototype, marking the end of the vessel’s initial construction phase a year after work began.

The ceremony on Tuesday took place in Kaohsiung, where the CSBC Shipbuilding Corporation‘s shipyard is working on the submarine. The ceremony was closed to the press, and the Taiwan Navy did not release any images for security reasons.

The ceremony was presided over by Navy Commander Admiral Liu Chih-pin and Cheng Wen-lon chairman of Taiwan shipbuilder CSBC Shipbuilding Corp., which is responsible for the project, according to a Taiwan Navy statement.

Despite the fact that submarines do not have a keel, the word was used to refer to the completion of a connection between the submarine’s tower-like structure and the hull.

The project is an important component of the government’s aim to have Taiwan produce as many military systems as possible, including submarines, armored vehicles, missiles, and airplanes.

The Taiwanese government has allocated NT$49 billion (1.7billion USD) over seven years to build an indigenous submarine, with the goal of boosting Taiwan’s defense capabilities amid China’s growing military prowess.

The prototype is scheduled to be completed in 2024 and delivered to the Navy in 2025.

Check out Naval Library App to find out more about the specifications of the Taiwan Naval Assets.