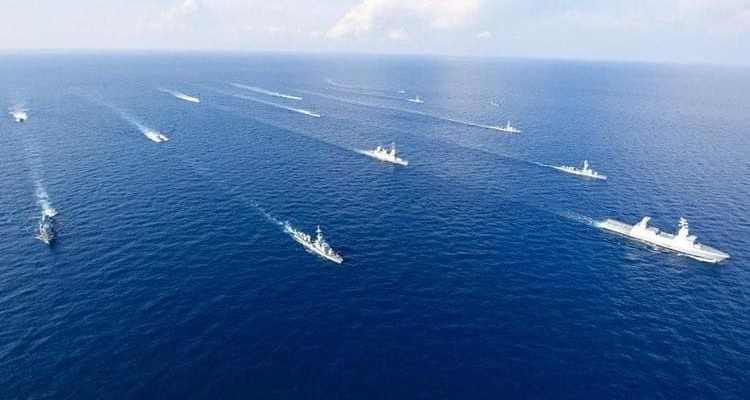 A country’s unique location always defines the projection and task of its armed forces. Every state builds armed forces to either defend against external threats or project ambitions beyond its territory. Armed forces never are just a goal in themselves. Political aim and outside influence might change over time- determine their strategic concept, material equipment, and human resources.

This principle is also the same for naval forces. There is no navy in the world is just an arbitrary collection of ships, boats, submarines, and colorful uniforms. Each Navy fulfills missions and tasks typically for itself, resulting from political guidance and, above all, from its very own specific maritime environment.

Essential Criteria for the evaluation of a navy

A closer look at these criteria concerning the Israeli Navy

Surrounded on land by not friendly countries, Israel may be considered an island. Its independence, economy, and security—indeed, its very existence— depends on the Mediterranean Sea. Half the country’s residents live fewer than 30 kilometers from the coastline, and over 98% of Israel’s foreign trade is transported by sea.

The vast majority of Israel’s imports also arrive via the sea. They include 90% of the country’s wheat, 300,000 vehicles per year, and an array of raw materials that depend on secure sea routes—not air traffic—to continue to arrive. Sea routes and ports are thus more critical for Israel’s daily routine than air cargo. Even during the Yom Kippur War’s “air train” of successive planes carrying emergency military equipment and bombs to Israel, such supplies represented no more than 10% of Israel’s imports of emergency supplies in the 1973 conflict. Most supplies came in via the sea. Today, Haifa’s port handles 53% of imports, Ashdod’s 43%, and Eilat’s some 4%.

The role of the Navy in Armed forces

For various historical reasons, the IN was initially not afforded the same priority as its two brethren services: the ground forces and the air force (IAF), which benefited from much larger relative investments in both men and equipment. The ground and air services were considered Israel’s central pillar of defense, while the Israeli Navy’s role was little more than that of a robust Coast Guard. For decades, the Israeli Navy was the little brother of its two siblings and one of the smallest in the world (for the country’s size and proximity to the sea).

The Israeli Navy (IN) takes overall responsibility for safeguarding Israel’s strategic, security, and economic assets along the coastline and close to it and farther out to sea in its territorial waters and Exclusive Economic Zone (EEZ). The IN is also responsible for protecting sea lanes from Israel, securing maritime transportation and trade, combating marine terrorism, and assisting the Israel Defense Forces (IDF) in combat. In this regard, the Israeli Navy engages in special operations and intelligence operations. When necessary, it also conducts attacks on both land and sea targets.

Since the beginning of the 21st century, geostrategic trends have altered the Middle East’s security situation and the Eastern Mediterranean and affected the kinds of threats to which Israel’s national security is subjected. These developments led to a more significant role for the IN in securing Israel’s national interests, an evolution that led to a stronger emphasis on IN force development.

Eastern Mediterranean has rich hydrocarbon resources attracting big powers such as the EU, US, etc. Israel has two offshore rigs, the Tamar located West of Gaza, while Leviathan is off the Haifa coastline. The Karish and Tanin gas fields are located north of Leviathan in the Mediterranean Sea. The rigs deliver liquefied natural gas to the coast, converting to electricity in power stations. Some 70% of Israel’s electric consumption is now based on natural gas, and the transition away from coal and toward gas is essentially irreversible due to infrastructure changes. Around half of Israel’s freshwater comes from the Mediterranean Sea via five desalination plants, two more expected to come online in the next few years.

Another breakthrough event currently happened to change the dynamic of energy security in the Eastern Mediterranean Sea. Israel and Egypt’s energy ministers agreed Sunday to build a gas pipeline from the offshore Eastern Mediterranean Leviathan field to Egypt to boost exports to Europe, an Israeli source said.

The Palestinians also said they had signed an agreement with Egypt’s energy minister, who visited Israel and the occupied West Bank, on developing a gas field off Gaza’s coast. Israeli Energy Minister Yuval Steinitz and his Egyptian counterpart Tarek El Molla “agreed on constructing an offshore gas pipeline from the Leviathan gas field to the liquefaction facilities in Egypt,” the official said, asking not to be named.

The goal was “to increase the gas exports to Europe through the liquefaction facilities in Egypt, in light of the growing demand in Europe for natural gas,” he added.

The new task of the Israeli Navy

As Israel’s economic waters grew in strategic importance, naval planners began thinking of new ways to defend them.  As it evaluated its unique role in securing strategic assets in Israel’s EEZ, the Israeli Navy concluded that it could only protect offshore rigs using ships.

As a result, each Sa’ar 6 class corvette of the Israeli Navy will have two advanced air defense systems onboard: Rafael’s naval Iron Dome and Israel Aerospace Industries’ Barak 8. A single radar made by IAI-Elta will control the onboard defense systems. The same radar can detect ballistic and cruise missile threats from a long-range, and the ship’s battle management system can quickly assign the right interceptor for a rapid hard kill. The vessel will also be equipped with advanced electronic warfare capabilities for a “soft” layer of defense against enemy projectiles.

This multi-layered defense of the gas rigs will form a virtual fence that will protect them against an array of threats—including fast, low-flying cruise missiles, which are the most challenging targets to engage.

The Sa’ar 6’s advanced radar detection and interception capabilities, and its connection to ground-based air defense systems, form a central foundation for a new interoperability level. Ships that detect threats will transfer the data to land-based military networks, meaning it will be easier for the IDF to launch return strikes. The Sa’ar 6 ships will also be involved in intense combat data-sharing among themselves.

Another key feature is the ships’ low radar cross-section design, which creates an immediate stealth effect for enemy radar systems.

The new ships of the Israeli Navy carry more firepower per square meter than any ship its size globally, and for a 2,000-ton, 90-meter-long vessel (10 meters longer than the Sa’ar 5), it is packed to the brim with firepower.

During routine times, the Sa’ar 6 ships will conduct patrols as well as operational assignments. During emergencies, they will head to designated defense zones to protect the gas rigs. The ships’ onboard systems will enable them to detect, transmit, and receive land-based threat locations and strike those targets.

The Israeli Navy will grow to a size of approximately 15 vessels. While relatively small, the fleet will nevertheless enjoy a high degree of flexibility, meaning it will conduct operational assignments that go beyond protecting the gas rigs. The Sa’ar 6 ships can stay at sea longer and sail farther than their predecessors, so they will be able to play an active role in securing Israel’s maritime borders and defending its sea routes.

The Strategic Value of Structured Data Implementation on SME Websites