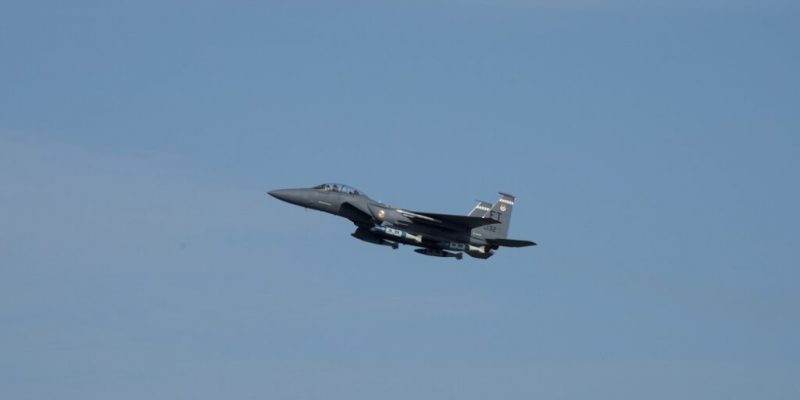 An airborne test conducted as part of the QUICKSINK Joint Capability Technology Demonstration on Aug. 26, 2021, was supported by three F-15E Strike Eagles carrying JDAM from the 85th Test and Evaluation Squadron of the U.S. Air Force.

The purpose of this test was to validate a new method of employing air-delivered munitions on ships that will alter the maritime target lethality paradigm by changing the way munitions are delivered.

2,000-pound laser-guided GBU-24 is the primary weapon of the U.S. Air Force against any large moving ship, according to Maj. Andrew Swanson, 85th TES F-15E weapons system officer. “This weapon is not only less than ideal, but it also reduces our survivability because of the manner in which it must be used. This munition has the potential to change everything.”

A Navy submarine has the capability of launching and destroying a ship with a single torpedo at any time, but by launching that weapon, the location of the vessel is revealed. The QUICKSINK Joint Center for Technology Development (JCTD) seeks to develop a low-cost method of achieving torpedo-like seaworthy kills from the air.

Check out Naval Library App to find out the specifications of the U.S. Naval Aviation assets.

How to Use STAT to Find SEO Opportunities at Scale