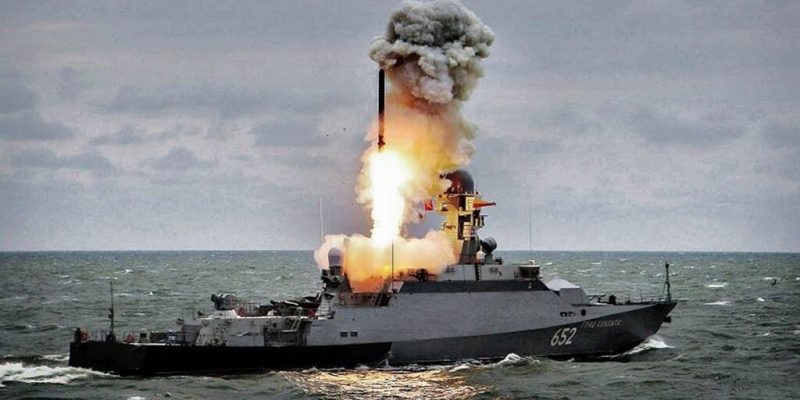 China’s ASCM strike capabilities have substantially improved as a result of overseas acquisitions and domestic development. The US Office of Naval Intelligence reported in April 2015 that China had deployed the YJ-18 ASCM on many People’s Liberation Army (PLA) Navy submarines and surface ships. The YJ-18‘s range and speed are superior to those of prior Chinese ASCMs.

The YJ-18 is a Chinese cruise missile with anti-ship and anti-land strike variants. It is believed to be a derivative of Russia’s 3M-54E “Klub” missile and entered service in 2014. The China Aerospace Science and Industry Corporation developed the YJ-18 (CASIC). The missile was completed in 2013 and commissioned in 2014. China initially publicized the YJ-18 in 2014 and again in 2019 during a military parade. The YJ-18’s characteristics reflect a significant advancement over China’s earlier ASCMs, boasting a range that is two and three times that of the 3M-54 and YJ-83, respectively.

The YJ-18 is designed in anti-ship and ground attack variants. It may be launched from ships, submarines, and ground-based launchers and has a strike range of 220 to 540 kilometers while carrying a payload of 150 to 300 kg. It is propelled by a multi-stage propulsion system that includes an air-breathing engine for a cruise at Mach 0.8 and a solid rocket booster for a final rush to its target at Mach 2.5 to 3.0. The missile can fly at sea-skimming altitudes, using a combination of satellite navigation (Beidou) and an active radar seeker for guidance. The YJ18 was developed primarily to circumvent the Aegis combat system.

The YJ-18 is a long-range ASCM with a supersonic terminal sprint that is fired from a torpedo tube. When it launches, the missile may proceed at a high subsonic speed, but it accelerates between Mach 2.5 and Mach 3 as it approaches its target. This design maintains the missile light and long-range while giving the enemy the minimum feasible reaction time. The weapon is a dual-speed control ASCM since it incorporates some of the advantages of subsonic missiles, such as a more extended range, a lighter design, and the ability to penetrate supersonic missiles.

The YJ-18 is equipped with a powerful explosive warhead that could severely damage a battleship with tens of thousands of tons of displacement in a single stroke combined with the incredible kinetic energy generated by the extraordinary pace. The missile’s turbojet engine can fly at a cruise speed of Mach 0.8 for around 180 kilometers after vertical launch. The warhead part separates at this point, and a solid rocket engine burns, allowing for a top speed of Mach 2.5 and a range of around 40 kilometers.

The missile can undertake evasive movements in the air before impact by maneuvering at a 10 g acceleration rate to avoid adversary air-to-air or surface-to-air missile interception. The maximum range of 290 nautical miles is achieved using a lightweight design and a potent explosive payload capable of severely damaging a warship in a single stroke. With its high speed, the YJ-18 is extremely difficult to intercept because the enemy only has ten or so seconds to make an intercept.

In terms of variants, China has developed several YJ-18 variants, primarily differentiated by their respective launch platforms. YJ-18 is the first production model. It was designed to launch from submarine torpedo tubes for anti-ship missions and may have a shorter range than later variants. It entered service in 2015. YJ-18A is intended to fit shipboard vertical launch systems (VLS). It is provided aboard the Luyang III-class destroyer and Renhai-class cruiser. It entered service in 2015. YJ-18B is a submarine-launched variant designed for land-attack missions. It fits in VLS tubes aboard the Song-class SS, Yuan-class SSP, and Shang-class SSN. It entered service between 2016-2019. Finally, YJ-18C China is developing the YJ-18C, a land-attack variant designed to deploy in commercial shipping containers. Russia has developed a similar containerized launch system for its 3M-54 Klub-K missile, which fits four missiles into a single container. China also deploys a truck-based YJ-18 variant for coastal defense. China may also be developing an aircraft-launched variant as well.

Compared to 1996, China may now threaten the US Navy’s surface fleet at large distances from the mainland. Additionally, the threat to the US surface fleet continues to grow in scope.

China’s ability to execute standoff multi-axis, multi-missile attacks against US Navy surface ships would be enhanced by the YJ-18’s widespread deployment and long-range. Such engagements may present formidable challenges to shipboard defenses, and the YJ-18’s supersonic sprint capability increases the possibility that some missiles may penetrate the missile defenses of a US ship. According to China military specialists Dennis Gormley, Andrew Erickson, and Jingdong Yuan, “it appears that China’s expanding ASCM inventory can saturate US Navy defenses.”

The YJ-18 was “dedicated to destroying the Aegis Combat System.” As a result, the YJ-18’s range and lethality complement China’s broader “anti-access, area-denial” strategy for defeating US forces in a regional military war. As a result, unlike in 1996, China may now put the US Navy’s surface fleet at risk at significant distances from the mainland.

Check out Naval Library App to find out the specifications of the PLA missiles.