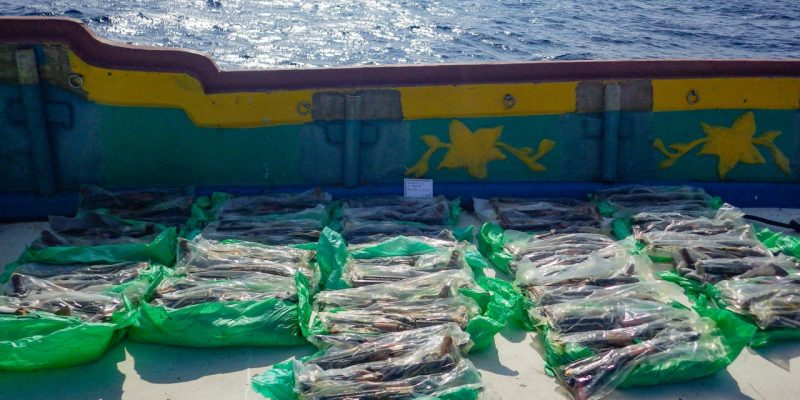 What is Flag Verification at High Seas?

Under international law, a ship must fly the flag of a state in order to avoid being a stateless vessel.

According to United Nations Convention on the Law of the Sea article 110; a warship that encounters on the high seas a foreign ship is not justified in boarding it unless there is reasonable ground for suspecting that:

The dhow crews were provided food and water before being released.

Why Criminals were released?

Basically, this method is used since there are no agreements regarding the transfer and trial of criminals in the region where the operation is carried out. Besides, detaining and transferring the criminals to a proper country would be a waste of resources.

The original source of the weapons has not yet been identified by Bahrain-based 5th Fleet . Churchill located the dhows and provided more than 40 hours of over watch and security for the ship and its boarding teams throughout the two-day operation.

“We are proud of the combined efforts of the AIT and Churchill crew members for executing dynamic and demanding boardings,” said Lt. Travis Dopp, Assistant AIT Leader aboard Churchill. “We are proud to have a positive impact on the safety and security of coalition forces by interdicting shipments of lethal aid.”

The seizure of the illicit weapons by Churchill was conducted as part of the U.S. Navy’s regular maritime security operations in the region. These routine patrols are performed to ensure the free flow of commerce for legitimate traffic and to disrupt the transport of illicit cargo that often funds terrorism and unlawful activity.

HMS Montrose seizes over $15 Million Worth of Narcotics