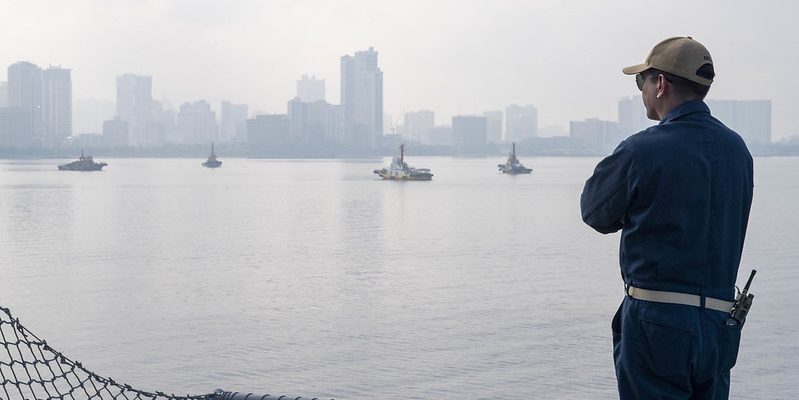 The visit highlights the strong alliance, military relationship and renewed engagements between the Philippines and the United States.

In consideration for COVID-19 safety mitigation, the visit was contactless, meaning the crew of the ship remained aboard the ships, where they were afforded rest and replenishment of supplies.

The visits come weeks after Secretary of Defense Lloyd Austin’s engagement with Philippine defense officials, when the re-commitment was announced to the U.S.-Philippines Visiting Forces Agreement (VFA), which allows U.S. forces to operate from the Philippines for bilateral military engagements and in response to disasters or crisis.

The routine port visit is a continuation of the relationship as treaty allies, and furthers the friendship, partnership and alliance between the U.S. and the Philippines. The U.S. routinely participates in 300 bilateral engagements a year, from expert exchanges to ship visits, to component exercises and major training exercises such as Balikatan, Southeast Asia Cooperation and Training (SEACAT), and Maritime Training Activity (MTA) Sama Sama. These exercises signify joint commitment to peace and security in the Indo-Pacific region.

“Our U.S. Navy ships’ presence at sea and in ports like Manila promote security and stability that drives the peace and prosperity for the benefit of regional countries,” said Vice Adm. Karl Thomas, commander, U.S. 7th Fleet. “We appreciate the flexibility to resupply our ships in the Philippines, so that they are ready to support a free and open Indo-Pacific region.”