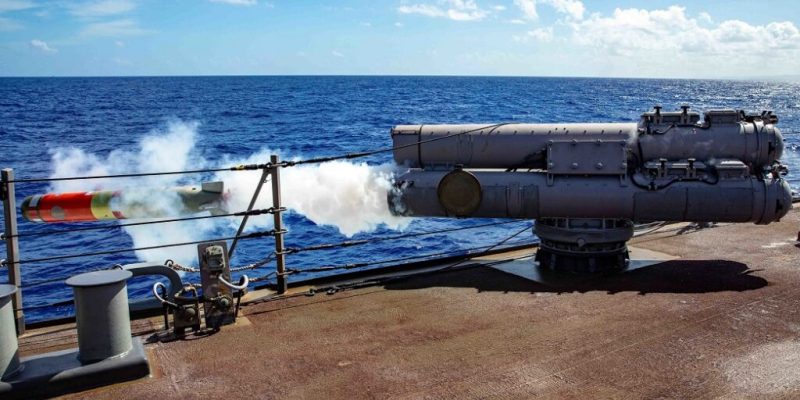 Under the Foreign Military Sales (FMS) program, this contract combines purchases for the US government as well as the governments of the Netherlands, Belgium, New Zealand, Spain, and Brazil. The MK54 MOD 0 LWT array kits program is in its third year of providing array nose assembly kits.

Martin Lewis, President of Naval Systems and Sensors, commented:“As we continue to provide critical components of the MK54 lightweight torpedo, we understand the ongoing need to deliver reliable and effective undersea warfare capabilities to meet the anti-submarine warfare needs of U.S. and allied fleets.”

The Mark 54 was co-developed by Raytheon Integrated Defense Systems and the U.S. Navy under the U.S. Navy’s Lightweight Hybrid Torpedo program in response to perceived problems with the extant Mark 50 and Mark 46 torpedoes. The Mk 50, having been developed to counter very high-performance nuclear submarines such as the Soviet Alfa class, was seen as too expensive to use against relatively slow conventional submarines. The older Mk 46, designed for open-ocean use, performed poorly in the littoral areas, where the Navy envisioned itself likely to operate in the future.

The Mk 54 can be fired from surface ships via the Mark 32 surface vessel torpedo tubes or the vertical launch anti-submarine rocket (ASROC) systems, and also from most ASW aircraft, although they are slightly different lengths and weights. The P-8 Poseidon uses the High-Altitude Anti-Submarine Warfare Weapons Capability (HAAWWC) GPS-guided parachute kit to drop torpedoes from high altitudes.

Check out Naval Library App to find out more about the specifications of the Mk 54 torpedoes.