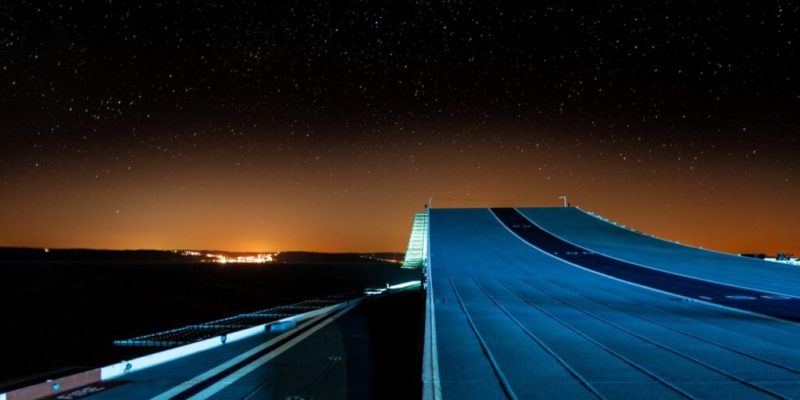 HMS Prince of Wales, Britain’s second aircraft carrier was declared fully operational and ready for any kind of global missions on Oct.1.

A fortnight-long international exercise off the coast of Scotland putting the final touches on two years of intensive training for the Portsmouth-based warship, its 700-plus crew, the Royal Navy and RAF squadrons that will operate aircraft from her flight deck – including the fifth-generation F-35 Lightning stealth fighter – and the thousands of military personnel and civilians who will support and maintain the endeavor.

It means HMS Prince of Wales can join her sister HMS Queen Elizabeth on the world stage; the latter is currently beginning the second half of her maiden deployment commanding an international carrier strike group in the Pacific.

“We have excitingly jumped the final hurdle and are now a fully-fledged strike carrier, ready at 30 days’ notice for operations around the globe,” said HMS Prince of Wales’ Commanding Officer Captain Steve Higham.

“This is a significant moment for the ship which will see us operate with fighter jets, helicopters, drones, and other vessel. We’ll achieve all of this by working with our friends and colleagues from the RAF, the British Army and across Defence to deliver our contribution for the UK as a problem-solving, burden-sharing partner nation.

“The whole Prince of Wales team are grateful for the support of our followers, our families and our friends and hope that they keep following us towards our first deployment.”

The carrier’s Senior Warfare Officer Lieutenant Commander David Thompson added: “HMS Prince of Wales is at the end of a challenging yet successful journey on the road to operational readiness. We are prepared to support Commander UK Strike Forces and are relishing the opportunity to work alongside other allied nations.”

The final act of the new carrier’s preparation for operations was participation in the largest military exercise hosted in the UK this autumn.

Thousands of military personnel from a dozen nations took part in the combined UK/NATO exercise Joint Warrior/Dynamic Mariner which ended yesterday, testing their abilities individually and collectively to deal with global events.

More than 20 warships and submarines, plus maritime patrol aircraft, helicopters and thousands of military personnel from a dozen nations are taking part in the fortnight long combined exercise.

Ten Royal Navy vessels, plus elements of four Fleet Air Arm squadrons (troop carrying and submarine-hunting Merlins, Commando and anti-surface Wildcats and Hawk jets which have decamped from Cornwall to Scotland), Royal Marines of 3 Commando Brigade and the guns of their supporting artillery regiment, 29 Commando RA, plus senior staffs – around 2,000 men and women in all – represented the Senior Service.

After a week where the participating units get to know how to work together – there are half a dozen mini task groups operating off the Scottish coast – the exercise shifts up several gears in its second week as participants face wide-ranging challenging scenarios which mirror real-world events, such as evacuating civilians from a war zone.

As well as the big-picture challenges, other facets of naval operations – gunnery on the range at Cape Wrath, board and search/counter-smuggling operations, mine warfare and swarm attacks – are all thrown into the exercise to give participants a complete workout.

Besides validating HMS Prince of Wales operationally, Joint Warrior has been used to refine the ongoing transformation of the Royal Marines into the Future Commando Force, able to rapidly deploy raiding forces when needed.

HMS Prince of Wales is due to return to Portsmouth in the small hours of Saturday October 2 to avoid bad weather forecast over the coming days.

Check out Naval Library App to find out more about the specifications of the Queen Elizabeth Class Aircraft Carriers.