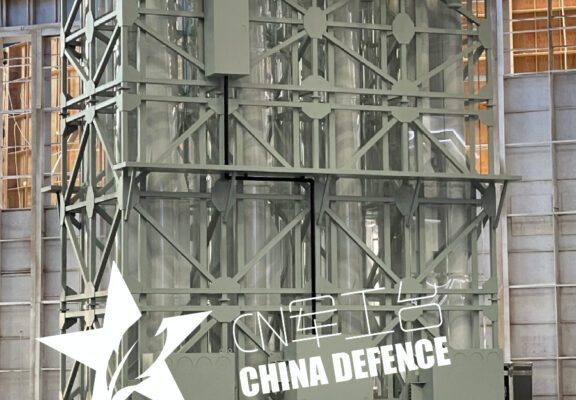 China unveiled its first type of made-for-export ship-borne vertical launch system at the ongoing Airshow China 2021. The VLS’ quad-pack launch cells can load up to four missiles instead of just one, which is one of its most important features.

The HT-1E universal vertical launch system, which is suitable for all types of seagoing warships, is the first of its kind to be licensed for export in China, according to China Aerospace Science and Industry Corporation (CASIC).

Unlike prior launch systems that were specialized to specific types of missiles and were complicated and took up extra space, the HT-1E is universal, allowing it to carry a greater number of missiles of various varieties, according to CASIC.It can significantly boost a warship’s multirole capabilities in carrying out multidirectional, large area and saturation attack and defense missions, CASIC said.

The HT-1E was loaded with missiles including the CM-103 long-range supersonic cruise missile, HHQ-9E long-range air defense missile, CM-802B subsonic missile, and FM-3000N air defense missile at the CASIC exhibition hall at the air show. While bigger missiles such as the CM-103 and HHQ-9E require their own vertical launch cell, the same cell may hold up to four smaller missiles such as the FM-3000N.

According to CASIC, the HT-1E is compatible to both cold- and hot-launched missiles.

Check out Naval Library App to find out more about the specifications of the Chinese Naval Assets.