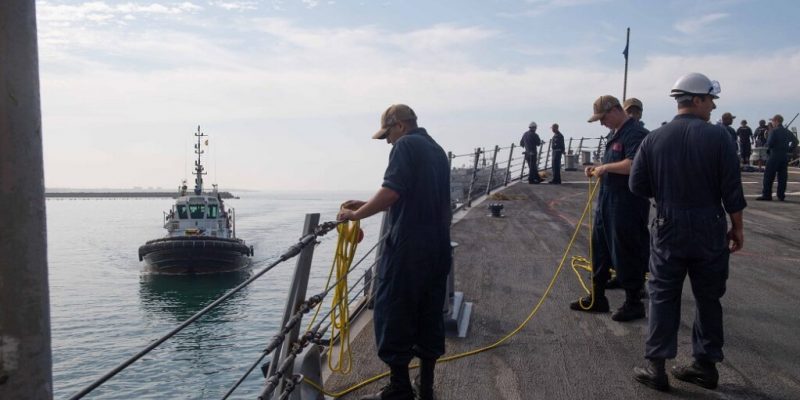 “We are excited to get underway for our inaugural patrol and execute the nation’s missions in this dynamic theater,” said Cmdr. Patrick Chapman, commanding officer of Arleigh Burke. “This incredible crew has been training for years for this very moment- and we are ready.”

This deployment will be the ship’s first since shifting homeports from Naval Station Norfolk to Naval Station Rota in May. While forward-deployed to Rota, Spain, the ship will operate in support of U.S. national security interests in the Sixth Fleet area of operations.

Four U.S. Navy destroyers are based in Rota, Spain and are assigned to Commander, Task Force 65 in support of NATO’s Integrated Air Missile Defense architecture. These FDNF-E ships have the flexibility to operate throughout the waters of Europe and Africa, from the Cape of Good Hope to the Arctic Circle, demonstrating their mastery of the maritime domain.

The first F35B lands on the Italian carrier Cavour

2 decommissioned British minehunters set to be transferred to Ukraine