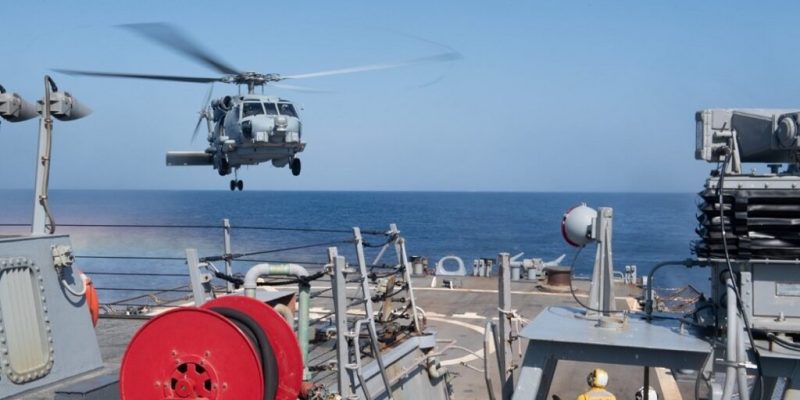 The USS Arleigh Burke’s presence in the Baltic Sea demonstrates the U.S. Navy’s continued commitment to the collective defence of the European region and reinforces the strong bond between the United States and Estonia.

“Our crew looks forward to this port visit and relationships we expect to build here,” said Cmdr. Patrick Chapman, Commanding Officer of USS Arleigh Burke. “These types of visits allow us to gain enhanced ties with our allies and allow our crew to experience the rich history of Estonia.”

Arleigh Burke is on her first Forward Deployed Naval Forces-Europe (FDNF-E) patrol in the U.S. Sixth Fleet area of responsibility. She began her current patrol in early August and has sailed throughout the North Atlantic and the Norwegian Sea prior to the port visit in Estonia.

While inport in Tallinn, the ship and her crew will have the opportunity to partake in several Morale, Welfare and Recreation tours and see many historical sights and experience the rich culture of Estonia and its citizens.

“We warmly welcome the visit of the USS Arleigh Burke to Estonia,” said U.S. Embassy Chargé d’Affaires Brian Roraff. “It is a tangible demonstration of the U.S. security commitment to Estonia and to NATO and sends a clear message about our shared readiness to meet any global challenge. Defence cooperation is, and will remain, one of the most important pieces of the U.S.-Estonia relationship.”

Arleigh Burke is the first ship to pull into Tallinn in more than two years. The previous visit was from the U.S. Sixth Fleet command and control ship USS Mount Whitney (LCC 20) in July 2019.

Check out Naval Library App to find out the specifications of the Arleigh Burke class destroyers.

How to Calculate Your SEO ROI Using Google Analytics

Singapore and India hold the 28th iteration of SIMBEX