The newest US Navy aircraft carrier, the USS Gerald R. Ford (CVN 78) made its 1000th recovery and launch of a fixed-wing aircraft on March 19.

The 1000th recovery was performed by a Super Hornet F/A-18E fighter jet, designated to the Strike Fighter Squadron (VFA) 34 “Blue Blasters”, using Ford’s Advanced Arresting Gear (AAG), at 5:13 pm. Minutes later, the team celebrated a second milestone in the launch of a Super Hornet from the Strike Fighter Squadron (VFA) 97 “Warhawks” from the catapult of the Ford electromagnetic aircraft launch system (EMALS).

This significant milestone in the ships’ history began on July 28, 2017 with Ford’s first fixed wing recovery and launch using its first-in-class AAG and EMALS technologies.

With 1,000 launches and recoveries complete, Ford will continue its flight deck and combat air traffic control certifications in preparation to deliver to the fleet regular flight operations in support of East Coast carrier qualifications.

By admin13 hours ago0 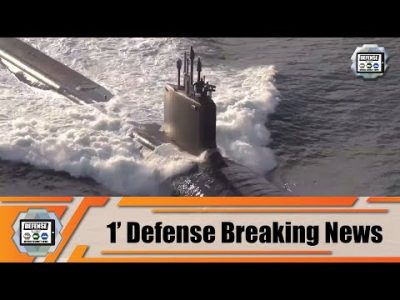